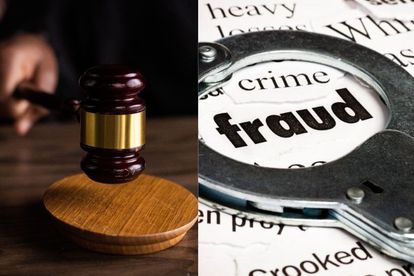 52-year-old financial advisor Aletta Hendrina Steyn was arrested in January last year after she failed to pay off her late client’s vehicle as she was appointed an executor. Photos: Pexels and Flickr

52-year-old financial advisor Aletta Hendrina Steyn was arrested in January last year after she failed to pay off her late client’s vehicle as she was appointed an executor. Photos: Pexels and Flickr

A financial advisor was slapped with a 12-year jail sentence after she helped herself to the estate of her deceased client. She signed off R175 000 to a beneficiary and kept the remainder of the R1.4 million estate for herself.

“Plotz left a Will of her entire estate which amounted to approximately R1.4 million and a Silver Hyundai SantaFe which was still financed by ABSA bank,” he said.

Mulamu says Steyn was the deceased’s financial advisor and appointed an executor for Plotz’s estate, however, she failed to fully pay the outstanding amount owed for the Hyundai to ABSA bank.

“Steyn managed to sign off R175 000 to one of the beneficiaries and kept the rest of the money for herself. The matter was brought to the Hawks’ Serious Commercial Crime Investigation in Pretoria for further probing which resulted in Steyn’s apprehension,” says Mulamu.

Steyn was found guilty and sentenced to 12 years of direct imprisonment with no option of a fine in the Pretoria Specialised Commercial Crimes Court.

A WELL-DESERVED PUNISHMENT FOR STEYN

Kadwa applauded the investigation team together with the justice system for bringing the accused financial advisor to book and to account for stealing the deceased’s estate.

“When one is entrusted with such responsibility, what the deceased’s family expect is honesty from their financial advisor. The money stolen by the accused could have been utilised in good use as per the deceased’s wishes for her loved ones. The accused received a well-deserved punishment compared to the crime committed and appreciate everyone who makes an effort to report suspicious criminal activities to authorities.”