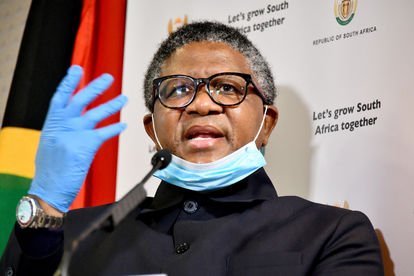 A rattled Fikile Mbalula is always very clear to spot. The statesman has fired back at his critics over South Africa’s dependence on only one driver’s license card machine.

As The South African reported last week, the minister and his department revealed the reason behind a national delay in producing driver’s license cards.

An estimated 400 000 motorists have been made to blindly wait for driver’s license cards since 2020.

Mbalula since came out to the media to say Mzansi’s card machine has been broken. Additionally, he said it was in Germany for repairs. Predictably, the country reacted with wild mockery.

The transport head said he will explain at a public briefing on Wednesday to ‘educate’ his critics.

“People are asking how can a country have one machine to produce driver’s licences… I need to educate you. I will answer all the questions on Wednesday. I will show everyone the driver’s licence regime in this country.”

In other motorist matters, The South African has compared our fuel cost rates compared to the rest of the world.

SA’s most recent petrol prices hit unbelievable hikes. With prices set to remain expensive and even go sky-high, just how much are we paying in comparison to other nations in the world? Are we paying too much? So our recent fuel cost decrease saw 95-grade petrol drop to R14.99 this month.

With the world average cost at R19.17 per litre, we often pay higher than we should. This information will make you see why. Read the full story here.