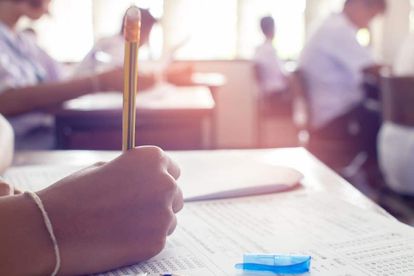 A Grade 12 learner is reportedly fighting for her life in hospital after she was assaulted by school mates. Image via Adobe Stock

A Grade 12 learner is reportedly fighting for her life in hospital after she was assaulted by school mates. Image via Adobe Stock

A Grade 12 female learner has been hospitalised after she was brutally assaulted by a mob of boys from her school for allegedly stealing a phone.

The learner was allegedly assaulted after writing her IsiZulu matric paper.

FEMALE LEARNER FIGHTING FOR HER LIFE IN HOSPITAL

According to police reports the learner was approached by the suspects who accused her of stealing a cellphone. The female learner was taken to J-Section in Umlazi where she was threatened with a firearm and assaulted.

Bhekithemba police have since arrested four suspects aged between 17 and 24 for pointing of a firearm and assault with intent to cause grievous bodily harm. They appeared in the Umlazi Magistrates Court on 21 November 2022.

Dube-Ncube said they are very disturbed about the assault of the 19-year-old learner and that the suffering she had to endure at the hands of her fellow schoolmates is deplorable.

The KwaZulu-Natal Provincial Government is reportedly providing all the necessary assistance including psychosocial support for both the girl and her family.

Dube-Ncube said it is unfortunate that the learner will not be able to finish writing her matric examinations, however the Department of Education will make arrangements for her to write her matric exams next year.

“As government we will leave no stone unturned in ensuring that all the perpetrators are brought to book. We are aware that police have made arrests in connection to the case, but we also know that there is a suspect who is still at large.”

Dube-Ncube further thanked police for the speedy arrests of the suspects and also appealed to them to look for those that are not yet behind bars so that they send a strong message that  law enforcement agencies will go out in full force to apprehend perpetrators of Gender-Based Violence.

Mashed potato casserole: A tasty twist on the best braai side

Department of Home Affairs losing data due to load shedding