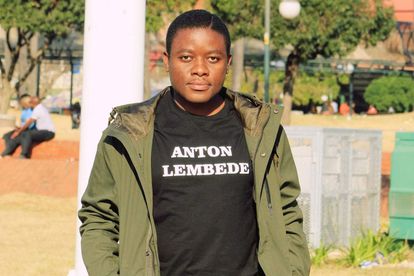 The Operation Dudula movement has gained the backing of Fees Must Fall activist Bonginkosi Khanyile. Nhlanhla ‘Lux’ Dlamini’s movement has been making headlines for conducting inspections and raids of establishments, with the aim of finding undocumented foreign nationals,

Khanyile shares details about his support for Operation Dudula

Speaking to TimesLIVE, Khanyile stated that Government needs to address Operation Dudula and people who share the same beliefs with members.

Khanyile believes that people in places of authority must make equal decisions and South Africans should have a voice in the issues. He explained that politicians need to make their stance clear in terms of issues brought forward by Operation Dudula.

“They [Operation Dudula members] are not hooligans like they [politicians] want us to believe,”

Khanyile is a former member of the Economic Freedom Fighters (EFF). He was criticised by EFF Secretary-General Marshall Dlamini. Dlamini called on the Red Berets to treat Khanyile as an enemy.

He explained that Government’s inability to enforce the law birthed movements like Operation Dudula.

“What has given birth to Operation Dudula is government. Our leaders and police force are sleeping on the job,” said Khanyile.

‘I have no time for small boys’: Malema on Nhlanhla ‘Lux’ Dlamini

EFF leader, Julius Malema has slammed claims that he is the reason behind Operation Dudula leader, Nhlanhla Lux Dlamini’s arrest.

Dlamini was arrested on Thursday, 24 March and was denied bail on Saturday, 26 March. Lux’s legal team applied for bail on Saturday and the request was denied. However, Lux will get another chance at bail when he appears at the Roodepoort Magistrates Court on Monday, 28 March.

Soweto resident Victor Ramerafe, whose home was allegedly ransacked by Operation Dudula members last week Sunday reportedly opened a case of housebreaking. During his radio interview with Motsweding FM, Malema said ‘the poor man’ asked the EFF to accompany him to open a case. Read the full story here.