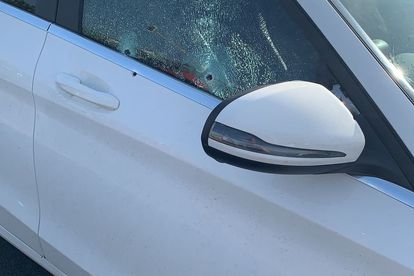 A father and his daughter were driving in a white Mercedes-Benz when they were shot at on the corner of Cambridge and Witkoppen roads.

THE MOTIVE FOR THE SHOOTING IS STILL UNKNOWN

According to reports, the shooting happened at about 07:00.

It is believed the man was taken to hospital, and the daughter was understood to be unharmed.

According to Gauteng police spokesperson Colonel Dimakatso Sello, a case of attempted murder has been opened.

Sello told the media it is alleged the man was driving with his daughter when two unknown men driving a silver bakkie opened fire at the victim and fled the scene.

Sello has urged anyone with information about the incident to contact Colonel Aubrey Madingenye at 071 603 9185, their nearest police station or Crime Stop at 08600 1011

Meanwhile, last week the founder and owner of Max’s Lifestyle Village in Umlazi, Max Mqadi, was shot by two shooters who came up to his car. Upon sustaining the gunshot injuries, he managed to drive himself to Florida Road in Morningside.

“He had climbed into his white Mercedes and was about to enter and turn left into Sibusiso Madekane Road, when an unknown male suspect crossed the road and approached towards the left side from his vehicle and opened fire on him with 9mm firearm. Another male suspect approached from his right side.

“The suspect that came from across the road, fired a number of shots at him, injuring only his arm and leg.”

Mbele said he immediately drove off and arrived at Florida Road, Morningside, where he received ambulance assistance and was rushed to Umhlanga hospital.

He was in stable condition.