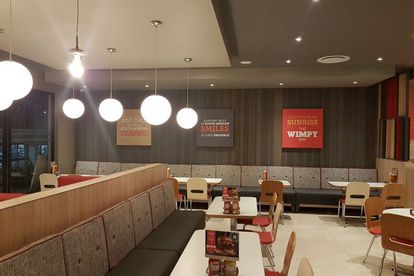 This article was initially published on Monday 6 August. It has since been updated, to include Famous Brands’ right of reply and explain what is happening with their WImpy restaurants.

Famous Brands have further explained their plans to ensure the health and longevity of the business, while also clarifying their position on Wimpy restaurants.

Earlier in the week, Business Times reported that 96 stores would be closed down as part of their corporate strategy. Some Wimpy outlets have been affected but in reality, the company have opened a net total of 169 stores.

How many Wimpy stores are left in South Africa?

There are still 478 restaurants open and functioning in South Africa. The brand has seen some stores underperform overseas, and they were forced to withdraw operations from both Nigeria and Egypt earlier in 2018.

Darren Hele is the CEO of Famous Brands. He told us that closing certain franchises is “a normal cycle of business”, He remained confident in the Wimpy brand, in the face of SA’s “economic climate”:

“Famous Brands has NOT announced major cutbacks to the business.  To the contrary, the business continues to invest for growth.  It is a normal cycle of business for franchise partners to close underperforming restaurants.”

“Wimpy is a 50-year-old brand and in some of its original markets is sensitive to the changing demographics and economic climate in SA, which has seen traditional core audiences shrink.”

Why are Famous Brands making cutbacks?

However, it is the turmoil in the UK which is taking the biggest toll on the organisation. Famous Brands acquired Gourmet Burger Kitchen (GBK) in 2016, but the R2.1 billion investment is yet to yield a positive turnover.

Further to that, the 78 Wimpy stores in Britain have failed to compete with the likes of other fast-food and diner-style restaurants in the country. Nolwandle Mthombeni, an investment analyst at Mergence Investment Managers, claims that these cuts will eventually benefit the business.

“One of the most important strategic decisions a management team can do is exit underperforming regions or businesses, as this allows resources to be reallocated elsewhere so they can generate required returns.”

“The brand itself is still dominant in the UK. However, it’s just not meeting the growth projections, especially in light of how much they paid for it. It’s more likely that it will take two to four years longer than initially planned to generate the return on the investment, but it can be achieved.”

What stores and restaurants do Famous Brands own?

The company have 2 853 outlets in total across the world. The UK operations have had the biggest impact on Famous Brands. They believe that GBK will become profitable in the next year, and will pin their hopes of a revival on this franchise.