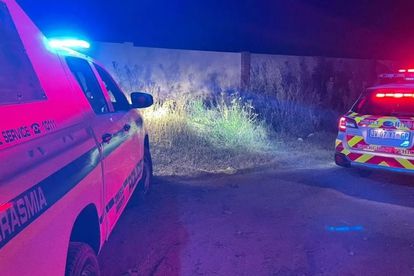 Gauteng police need the public’s assistance locating the family of the woman who was found murdered with her baby unharmed next to her in Laezonia.

On the night the woman was found on a dirt road in Laezonia, her crying baby was found lying cold next to her.

“That triggered them to investigate what was happening. They made a gruesome discovery of a body of a woman in the bushes with her baby lying next to her,”

Community members immediately called the police and Emergency Services to the scene.

CERT-SA spokesperson, Ruan Heyns said when they arrived at the scene, they were quickly taken to the spot where the body of a woman was lying.

They found her little boy laying on top of her chest, crying hysterically.

“The baby was quickly assessed for signs of injury as there were bloodstains on the baby’s hands,”

Furthermore, he said the baby was not injured in the incident and was just cold from laying outside for some time.

The woman believed to be in her late twenties was certified dead.

Moreover, her child is still in a place of safety.

Furthermore, police are searching for suspect/s involved in the brutal murder of the woman.

Immediately after the woman’s body was found, the Acting Station Commander Captain Simon Maredi assembled a team of detectives to investigate.

“A case of murder was opened at Erasmia SAPS for further police investigation,”

Police are appealing to anyone who might have information that can help in the investigation and assist to locate the woman’s family to come forward.