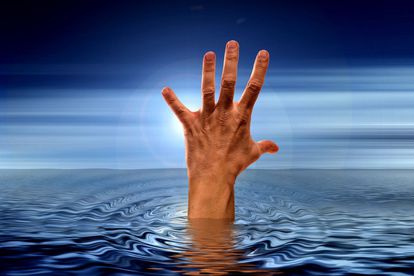 An 11-year-old boy drowned while swimming in a waterhole after collecting wood at the Gogga Pump Station in Kimberely. Image: Stock Image / Pixabay

An 11-year-old boy drowned while swimming in a waterhole after collecting wood at the Gogga Pump Station in Kimberely. Image: Stock Image / Pixabay

Eleven-year-old Onkarabetse Thole died after drowning at the Gogga Pump Station in Kimberley and his family are battling to cope with his death.

Onkarabetse was trying to swim in the waterhole after collecting wood

The little boy reportedly drowned while attempting to swim in the waterhole. He was collecting wood with his friends. Onkarabetse’s father says his death could have been avoided.

SABC News reports that the office of the Public Protector confirmed that a complaint was lodged to investigate the drowning.

An investigation is underway

“So, as part of our investigation, what we are going to do, we’re going to raise the matter with the municipality and so that they can let them know about the issues that we’ve picked up from the complaint,” said Khanya.

The Sol Plaatje Municipality revealed that the waterhole has been barricaded using red danger tape tied to steel which has since been stolen. It further warned residents to not go near the pump station.

In an unrelated incident, it was previously reported that a 19-year-old KwaZulu-Natal (KZN) woman drowned at West Beach in Port Alfred on Saturday, 10 September.

The woman is believed to be a student at Rhodes University in Makhanda, Eastern Cape. The National Sea Rescue Institute (NSRI) Port Alfred station commander Gerrit Cloete said that the woman was swept out to sea in strong rip currents.

“In strong rip currents, a female was being swept out to sea. We believe she had been swimming and wading in waist-deep water at the time while at the beach with friends,” said Cloete. Read the full story here.