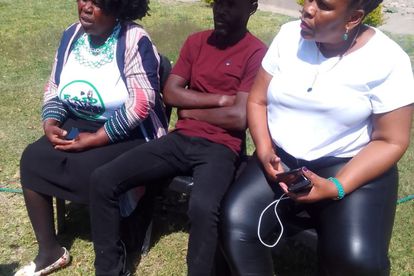 A family was making funeral arrangements for the burial of their brother when they learned after two weeks of planning that his body had mysteriously disappeared.

The Raseale family had not heard from their young brother Gontse Raseale in a while. But they were approached by police at their home in Mathibestad in May this year to deliver bad news.

Police told the family that the fingerprints of a body found in September last year in Mogwase, Rustenburg, are linked to Gontse.

The family went to Rustenburg to identify the body. Gontse’s brother, Thabo Raseale, 34, recalls what made him positively identify his brother.

It was the mohawk dreadlocks, the crack in his tooth and a ring on the finger of his left hand which Thabo had given him.

“In his bag, he had his copper cables for work and a lime green glove which our older brother had given him,”

From Rustenburg, the body was then transferred to the North West government mortuary in Brits, said the family.

Since the body was positively identified, the family started preparing for the funeral. But they waited more than two weeks before discovering the reason for the delayed funeral. The body of Gontse was missing. The body has seemingly been lost, said Gontse’s sister, Patricia Raseale.

“We have a friend who works in government and he found out that the four bodies that were found in Mogwase, including Gontse’s, were taken to the Brits mortuary without being tagged and they can’t find which one is Gontse. We don’t know how,” she said.

To find an answer, DNA samples of Gontse’s mother as well as his sister were all taken. The family learned that the first three bodies tested negative.

“We assumed that the fourth body would be our brother, but results also came back and said it’s negative. Where is the body? We don’t know if it’s hidden or buried.”

Gontse is the son of the Forum 4 Service Delivery (F4SD) ward 17 branch chairperson Mary Raseale. She is now distraught and denied an opportunity to find closure because of the incompetent North West provincial government, the party said.

F4SD PR Councillor Mokgadi Moetji said they are concerned about the way in which the matter is handled by those who are in charge.

“The incompetent North West provincial government has denied the Raseale family some closure. The family has so many unanswered questions and what hurts the most is that no one is willing to investigate what could have led to the disappearance of the body. We will be taking steps against relevant authorities as part of assisting the Raseale family,” said Moetji.