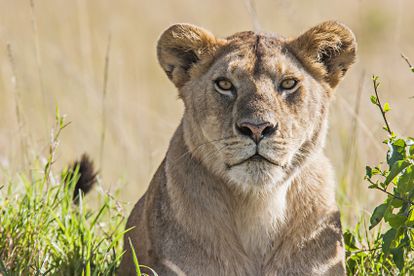 Portrait of a lioness. Photo via Adobe Stock

Portrait of a lioness. Photo via Adobe Stock

The once-proud flagship of conservation in Africa, Ezemvelo KZN Wildlife (EKZNW) is crumbling and may be bankrupt within two years.

This was the concern raised by Democratic Alliance MPL and spokesperson on Economic Development Tourism and Environmental Affairs, Heniz de Boer on Monday.

However, EDTEA has responded, saying that Ezemvelo had been hard hit by the Covid-19 pandemic, although tourism numbers had recently improved, and the entity had a commercialisation strategy in place to improve finances.

De Boer said this was the “clear message” given during a recent presentation of the entity’s 2021/22 budget to members of the KwaZulu-Natal (KZN) Conservation and Environmental Affairs portfolio committee.

“The budget, which can only be described as unsustainable and ill-conceived, comes as Ezemvelo is completely reliant on a provincial grant from the KZN government,” de Boer said.

“The stark reality is that EKZNW has now reached the end of its downward financial sustainability spiral. Of particular concern is the entity’s continued obstinacy when it comes to budgeting sufficiently for maintenance and repairs, with only 0.5% of the budget going to repairing dysfunctional and dilapidated parks.”

He said this had set the entity “on a vicious downhill course” as visitors had allegedly shunned “bad” Ezemvelo accommodation facilities, which had further depressed its budget.

*Compounding the situation and the ability of Ezemvelo to fulfil its core function to protect our wildlife heritage is that there is still no clear plan to realise the long-outstanding commercialisation strategy.

• R44 million budgeted for park road repairs. Currently, this is only enough for one park due to an old road survey being used to determine repairs

• Little to no budget for machinery and equipment during the next two financial years. This translates to no equipment essential to conservation being replaced when needed, seriously hampering the general functioning of the entity on a daily basis

• A freeze on the filling of critical posts, again leaving Ezemvelo short of the most essential staff to protect our natural heritage and;

• A R4 million decrease over the next three financial years for Conservation services.

“The DA has taken a strong stance when it comes to the ongoing dysfunctional management of Ezemvelo. We can in good conscience not continue supporting budgets that undermine the financial sustainability of the entity,” he said.

“It is high time that Ezemvelo and KZN’s provincial government make a final decision regarding commercialisation. Should the park accommodation facilities not be taken over by the private sector soon, there is a strong possibility that they will soon be forced to close their doors due to total collapse.”

EDTEA departmental spokesperson, Bheki Mbanjwa, said that Ezemvelo had been hard hit by the Covid-19 pandemic.

“Ezemvelo like many other entities, was severely affected by the Covid-19 pandemic as it led to a significant drop in the number of bookings and tourists visiting Ezemvelo establishments,” Mbanjwa said.

However, he said the upswing of people visiting the province during the Easter holidays had been encouraging and might signal the recovery of the tourism sector.

“The commercialisation strategy for Ezemvelo is already underway. This strategy has to be carefully considered and implemented hence we are also engaging with our partners at national government on best practices,” he said.

“The entity has identified various initiatives that will be implemented within those top six resorts that will not be affected by commercialisation.  These initiatives include Glamping at HiP and Giant’s Castle and the  introduction of Boat Cruise at Midmar and Spionkop,” he said.

“The entity is currently awaiting approval on the filling of posts. Most of these posts will be in various game reserves as opposed to head office.”