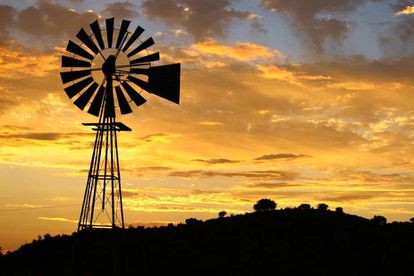 Many South African cities use ground water and aquifers as their main source of water. And with water scarcity an increasing threat, these sources are becoming more and more important. The Conversation Africa’s Nontobeko Mtshali spoke to Gaathier Mahed to find out more about groundwater and aquifers.

Underground reservoirs are called aquifers. Groundwater gathers where the geology allows reservoirs to develop. Some aquifers are totally sealed, and some aren’t. There are different types of aquifers. In some cases, they feed surface water supplies and even release water in the form of springs.

Groundwater is critical to the functioning of the entire water cycle. It plays a critical role in supplying ecosystems and helping them function.

Most of the available freshwater for human consumption actually lies in groundwater.

The idea that groundwater happens in the form of rivers under the earth’s surface isn’t entirely untrue. Rather, caves form due to the weathering of certain rock types and when they become interconnected the water flows through them.

Aquifers can be classified as primary, secondary or dual matrix. Primary aquifers are composed of loose material, like sand, that allows water to flow in between the pores. This water can be extracted by using a borehole.

Secondary aquifers form due to fracturing of hard rock material. The interconnected fractures allow water to flow through them. These types of reservoirs are generally more complex and require highly specialised equipment and knowledge to extract the water.

The dual matrix aquifer is a combination of primary and secondary porous media. Although harder to access, they supply bigger quantities of water.

Is groundwater an unending resource?

It’s always been seen as the underground resource which never runs out. Many people believe that by sinking a well and just pumping as much as they want nothing will ever happen because the underground river can never dry up.

This out of sight out of mind attitude has meant that it’s been abused by individuals and even by governments, particularly in times of drought.

Some scientists call it the Cinderella of water resources – it does all of the hard work and never gets any of the credit.

Is South Africa in danger of using up all its groundwater?

Extracting too much water can lead to the dewatering effect. This means that the amount of water being extracted exceeds the volumes of water entering the aquifer and thus the water table is lowered. This a common practice in mining, for example, due to companies needing to extract resources. But it’s not good for towns who rely solely on groundwater for their supply

Overpumping in certain regions has led to a decline in water levels to the point where pumps are no longer able to access groundwater. An example of unsustainable extraction happened in Beaufort West, in the Western Cape province, before 2010. Water levels in the aquifers dropped by 25 metres over a period of 20 years due to more water being pumped out of the aquifer than recharged.

Dewatering has also led to land subsiding, as the pressure provided by the water in between pores and fractures is no longer available. This means that houses and streets are structurally unstable and in certain instances even completely disappear into sinkholes. This has occurred in places like Gauteng, South Africa’s economic hub.

Sometimes we found that the interaction between rock and water does affect the chemistry of the water. Sometimes groundwater quality is inferior to surface water. But in many cases water from springs has a better quality and taste than most surface and tap water.