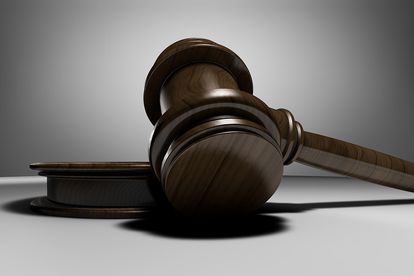 An ex-boyfriend, who took advantage of the vulnerability of his ex-partner, was sentenced to 15 years for rape and attempted murder.

EX-BOYFRIEND PREYED ON HIS EX TWICE BEFORE CONVICTION

The Bloemfontein Magistrates’ Court sentenced the ex-boyfriend, 37-year-old Thapelo Jeremiah Sekhau from Rocklands, to an effective 15 years imprisonment after he was convicted of rape and attempted murder.

Magistrate Carman Parks sentenced Sekhau on Thursday, 8 September. The ex-boyfriend was convicted of raping his ex on 28 September 2018 and attempting to kill her on 1 April 2018.

THE COURT DETAILS WHAT TRANSPIRED BETWEEN THE TWO

The court heard that in April 2018, the complainant was on her way home after knocking off from work and met Sekhau who forced her to go with him to his place.

The complainant refused and Sekhau stabbed her with a broken bottle. National Prosecuting Authority (NPA) spokesperson Phaladi Suphing said she opened a case but later decided not to proceed with it.

On Friday, 28 September 2018, the complainant was on her way to work when she came across Sekhau who forced her to go with him to his house. He locked her in the house, raped her several times and only allowed her to leave on Monday.

Suphing detailed that Sekhau admitted the incident of April 2018 but told the court that his intention, when he stabbed the complainant with a broken bottle, was to injure but not to kill, and therefore was willing to plead on a charge of assault with intent to cause grievous bodily harm.

“He denied raping the complainant and said the intercourse was consensual.”

The State Prosecutor, Emmanuel Ali, requested the court to impose a harsh punishment on Sekhau because even after the complainant was reluctant to proceed with the case after he stabbed her, he committed even more serious crime of raping her.

“The accused thought he had a right to violate the complainant, because he was supposed to appreciate a second chance given to him by the complainant for being reluctant to proceed with the case of attempted murder, but instead, he forced her into his house, where he kept her for three days, raping her,” he reflected.

“These are the actions of a person who has no respect for the law. Rape and attempted murder are interrelated and are prevalent offences in our country. These are offences that put women at the mercy of men and the courts must show their seriousness of dealing with the perpetrators by imposing harsh punishment on the accused.”

MAGISTRATE SIDES WITH THE REASONS FOR A HARSH SENTENCE

Magistrate Parks concurred with the prosecutor, and sentenced Sekahu to 15 years for murder and five years for attempted murder. She ordered the sentences to run concurrently.

She further ordered the name of Sekhau to be included in the National Register for Sex Offenders.