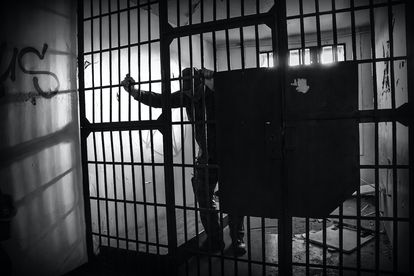 Grayscale Photo of a Prisoner Inside the Jail. Photo: PEXELS / Enrico Hänel

Grayscale Photo of a Prisoner Inside the Jail. Photo: PEXELS / Enrico Hänel

A South African campaigner for the legalisation of euthanasia, convicted of premeditated murders of three people he helped to die, was released from house arrest Monday after serving a three-year sentence.

Sean Davison was sentenced in 2019 to eight years under house arrest, five of which were suspended.

“I certainly do not regret what I did,”

“I helped three men suffering unbearably with no hope of recovery, who were determined to die and they were incapable of ending their own lives”.

He staged a press conference to mark his release on the steps of the Cape Town High Court on Monday.

The conditions of his house arrest meant he was allowed to go to work and church, but imposed a three-year media ban.

The biotechnology professor, was arrested in September 2018 and charged with murder over three “right-to-die” cases, including of his friend, a quadriplegic man and a man with motor-neuron disease.

In 2016, South Africa’s Supreme Court of Appeal overturned a ruling that granted a man the right to medically-assisted death and could have opened the way to legalise euthanasia.

“While I’ve been on house arrest, a number of countries changed the law,” “There is a general move around the world for a law change. And my issue has highlighted it again in South Africa, and hopefully, the politicians are going to sit up and listen and also feel the mood of the country.”