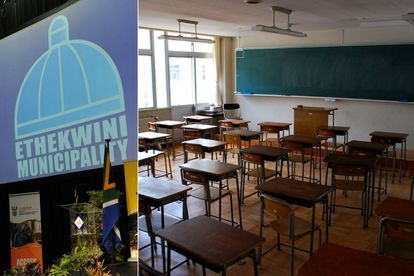 The eThekwini Municipality is going after defaulting government departments. The Municipality is disconnecting schools in Durban that owe over R300 million for municipal services.

During a Municipal Public Accounts Committee (MPAC) meeting, councillors were informed that the Municipality was owed over R1 billion. This money is owed by both government departments and parastatals.

Just between these two departments, around R490 million is owed to the Municipality. Reports revealed that the majority of the schools’ debts are due to non-payment for water.

Schools have had their electricity disconnected

As water is an essential service, it cannot be disconnected. However, the Municipality did suspend the electricity supply for these schools. A number of schools in the Phoenix area had been disconnected.

Councillors shared that an agreement had been reached with the municipality. The agreement reached stipulated that defaulting institutions would begin paying their debts by the end of May.

The Municipality revealed that credit control measures are being implemented for those who are in arrears.

“We can state that in order to ensure that the city continues to provide services, credit control measures are being implemented with respect to customers that are in arrears. Customers are encouraged to keep their account up to date to avoid disconnections, and if they are not able to pay, they are encouraged to approach their nearest Sizakala Centre to make payment arrangements,”

Councillors are unhappy while the Education Department has stepped in

While councillors supported the move of disconnecting customers who owe money, they had a different opinion about schools. They believe that disconnecting these learning institutions would negatively impact operations.

KZN Department of Education Spokesperson Muzi Mahlambi told IOL that the department was aware of the issue. Mahlambi said that a meeting was held with the municipality.

“We have even had a meeting with the municipality and made arrangements to pay for the schools and make them to account as to why they never honoured the bills,”