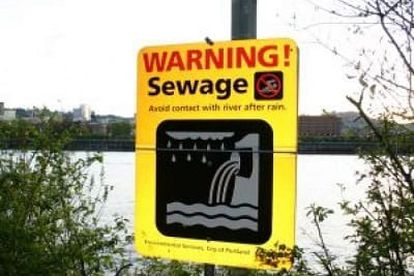 ActionSA in eThekwini is planning to write to  KwaZulu-Natal MEC for Economic Development, Tourism and Environmental Affairs, Siboniso Duma calling for his intervention on the raw sewage that is pumped onto beaches.

The eThekwini Municipality has closed a number of beaches due to high E.coli levels and ActionSA says this is fast becoming an environmental, ecological and tourism disaster in a province that cannot afford any more hardship.

ActionSA said it is of the view that residents and business are being misled as to how dire the situation actually is.

This comes after the party, conducted an in loco site visit to Blackburn Pump station, in Umhlanga on Durban’s North Coast, which showed how serious the situation really is on Friday, 14 October.

He added that a reliable source has advised that there is an estimated 28 million litres of raw sewage being pumped onto eThekwini beaches on a daily basis and this leads to the excessively high E.coli readings taken in Umhlanga and nearby beaches which has necessitated the need to close them.

“ActionSA is disturbed by the lack of action taken by the City of eThekwini to remedy the ongoing water pollution crisis. Such inadequacies are costing various industries (Hospitality and Tourism) which are being adversely affected by this inaction.

“Urgent action is needed not only to repair the sewage system but to prevent the entire collapse of the system.”

The leader also said intolerably high levels of raw sewage pose a health risk to residents living nearby. The pollution also poses a great risk to the environment and wildlife.

“It is evident many environmental and health laws are being blatantly violated due to the lack of action by the City of eThekwini. As such, the MEC must step in and act where a gutless and politically expedient city administration refuses to do so.”

Beesley further called on Duma to act with haste to remedy the situation as the festive season is fast approaching.

Recently, DA KZN Spokesperson on Social Development, Mmabatho Tembe also slammed the ANC-run government in KZN saying the ongoing crisis is set to have an enormous impact on the already strained economy and job market in the province.

“This while the inability to put food on the table will result in a spike in crime – something we are already witnessing.

“Then there are the many KZN school children, who walk miles and cross rivers to get to school as the government continues to fail them with proper transport. Daily exposure to dirty rivers will lead to severe and ongoing health complications.”