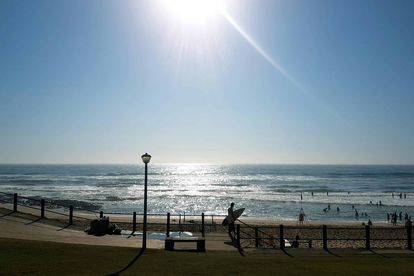 eThekwini Municipality has advised the public that beaches North of Blue Lagoon remain closed for swimming and fishing activities due to a chemical leak that took place during the unrest in mid-July.

Toxic chemicals leaked into tributaries and the oHlanga River, the uMhlanga estuary and the sea, the municipality said in a statement on Thursday 21 October.

“The beaches were closed by the city as a precaution to safeguard users against any harmful effects of the chemicals spilled, eThekwini Municipality spokesperson Msawakhe Mayisela said.

“The city would like to reiterate that the beaches remain closed until the national Department of Forestry, Fisheries and the Environment (DFFE) and the KZN Department of Economic Development, Tourism and Environmental Affairs (EDTEA) have considered the peer review findings that will make a determination on the environmental and toxicological risks, and related quality of the sea water for human safety,” Mayisela said.

“The City understands the impact that the beach closure has had on the public and tourism in the area. It is not something that the city has taken lightly, however, it must be noted that the public’s health is of critical importance and this is our priority.”

Mayisela said that the eThekwini Municipality had taken the precaution as it was unsure of the types and quantity of chemicals that had entered into the sea.

“The chemicals that had spilled from the UPL warehouse in Cornubia were highly toxic and caused severe environmental impact in the oHlanga River and uMhlanga estuary.

While extensive efforts have been made to rectify and remediate the polluted environments, the city still has the responsibility to ensure the safety of its residents and beachgoers and has therefore required scientific evidence that the beaches are safe for use,” he said.

“Authorities had prior awaited the finalised consolidated and signed-off report from UPL’s specialists which it only received on 24th September. It was sent for independent expert peer review thereafter. The review findings are expected this week,” he added.

Mayisela said that health authorities would consider the findings from the independent peer reviewer after which a decision would be made on whether the seawater is safe for use and only then would the eThekwini and KwaDukuza municipalities make a decision to review the beach closures.

“The public are asked to be patient and comply with requests from the authorities. Any inconvenience is regretted – however the safety of the public is of utmost importance,” Mayisela said.