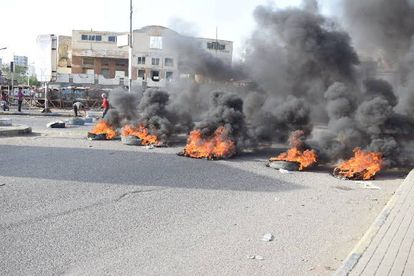 The African National Congress (ANC) has called on the Southern African Development Community (SADC) to intervene in the ongoing strikes, riots and growing instability in Eswatini, especially over the last few days. The ruling party called on the Eswatini government to work towards the normalisation of the political environment by unbanning, opposition political and other parties.

The main objectives of SADC are to achieve economic development, peace and security, and growth, alleviate poverty, enhance the standard and quality of life of the peoples of Southern Africa, and support the socially disadvantaged. Eswatini is part of the Southern African countries that form part of the Community.

In a statement released on Wednesday the ruling party condemned the ongoing protests.

“We call on the Eswatini government to work towards the normalisation of the political environment by unbanning opposition political and other parties, releasing political activists and engaging in meaningful dialogue with opposition parties, its citizens and trade unions to find a collective solution to the socio-economic circumstances in the country.

“The use of security forces to quell political dissent and the failure to address legitimate civilian concerns complicates the conflict and adds fuel to the fire. Economic and political stability is further compromised.

“We call on the government to heed this urgent call by moving away from autocracy, strong handed crisis management and brutal repression of legitimate civilian concerns.”

Protests in Eswatini were sparked by the death of alleged police brutality victim, Thabani Nkomonye earlier in June. The 25-year-old was a final year law student at the University of Eswatini and was allegedly killed by police who also allegedly tried to hide his death and tamper with evidence.

In the past few days, police fired tear gas, stun grenades, rubber bullets, and water cannons at the protesters. Since the weekend, the army has been called in to quell the rising tide of public anger. The demonstrators, who are demanding multi-party democracy and an elected prime minister, have pelted police with stones in response.

Despite and internet shutdown, Swazis have taken to social media to share gruesome and graphic images and videos of the Eswatini military unit invading citizen’s home and terrorising them. Activists have also been arrested.