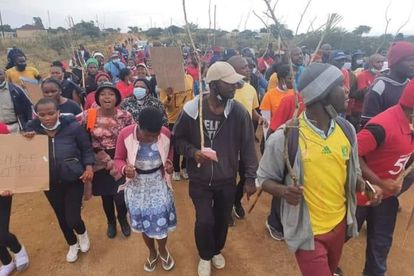 The eSwatini government has denied unleashing the army on its citizens, in response to the violent pro-democracy demonstrations which turned deadly just recently. People have been taking to the streets, in violation of a recently-imposed curfew, to protest against the country’s ruling system and calling for a complete end to the absolute monarchy.

According to reports, 40 people have been killed and at least 150 injured by security forces over the last few days. Graphic video clips have been circulating on social media, showing the bloody scenes – including members of the army using excessive force towards civilians.

In a statement, eSwatini Prime Minister Themba Masuku said they had not declared martial law and are yet to receive a report on the deaths that occurred during the violence.

Masuku said while they will continue advocating for the expression of constitutional and human rights (including the right to strike), they do take issue with the vandalism of properties and attacks on people.

“The riots have degenerated into criminality and are infringing on the basic and social rights of emaSwati, including but not limited to food security, safety, healthcare and business. The damage to property that has occurred does not only affect livelihoods, but also puts the Kingdom’s efforts to mitigate and minimise the economic challenges brought about by the COVID-19 pandemic in jeopardy,” he said.

The eSwatini government has also said it is addressing the concerns that have been raised by citizens and had sparked the demonstrations in the first place.

“While the issues that are being raised have been received and are getting the necessary attention and seriousness they deserve, it does not warrant the actions that are currently taking place,” Prime Minister Themba Masuku said.

“The government has tightened security to regain the rule-of-law, peace and to protect all emaSwati. We continue not to tolerate the looting, arson, violence, and all other forms of criminality that are currently being directed at businesses and people’s property”