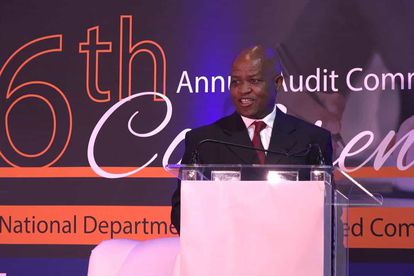 Eskom has suspended its Senior General Manager of Assurance and Forensics, Molefi Nkhabu, as investigations into internal audit reports heat up.

As reported by Fin24, Nkhabu has been placed on a ‘precautionary suspension’ due to his proximity to the issue currently being investigated by Eskom. While the national utility supplier has been careful not to reveal the exact details regarding the investigation or suspension, it did mention that transactions approved by Nkhabu would come under the microscope.

Eskom promises to root out mismanagement

The internal audit investigation reports contain “inferences or conclusions which had the effect of exonerating certain previous Eskom executives implicated in maladministration”.

Eskom has refused to reveal the names of board executives implicated in the company’s mismanagement and has refused to comment on when the investigation into Nkhabu will begin.

Eskom did, however, confirm that the allegations levelled at Nkhabu were serious, stating:

“The Eskom executive management, whilst espousing the principle of the presumption of innocence, due to the seniority of Mr Nkhabu and the seriousness of the allegations made against him, took a decision that it would be better for him to be suspended until the investigation is finalised.

The Board and executive management of Eskom are keen and resolute in rooting out maladministration.”

Who is Molefi Nkhabu?

According to Nkhabu’s LinkedIn account, the audit executive plied his trade at the South African Reserve Bank from 2008 to 2011.

He moved over to Eskom in 2012, and became the national power utility’s Chief Auditing Executive.

Nkhabu graduated from the University of Johannesburg with an MCom Financial Management and International Finance degree in 2004.

Business Report has confirmed that Nkhabu has been suspended with pay.

Eskom’s troubled present and past

South Africa’s national utility supplier is hanging on by a thread. Earlier in the year, the state owned enterprise noted irregular expenditure totalling R19 billion. A deal inked with Gupta-owned Tegeta has dwindled Eskom’s coal supply down to dangerously low levels. Industrial action undertaken by disgruntled employees and unions have threatened to halt operations throughout the year.

Thanks to continuous government bailouts, Eskom, which supplies 90% of South Africa with electricity, currently owes around R387 billion in debt. This amount is set to rise up to R600 billion within the next four years.

The disgraced former CEO of Eskom, Brian Molefe, has been blamed for nearly all of the company’s current problems. It’s alleged that Molefe allowed the Gupta clan to infiltrate both Eskom and Transnet through a series of dodgy deals.

Molefe has been identified as one of the main culprits in the state capture scandal. Since this internal audit investigation is centred on uncovering mismanagement, Molefe will no doubt come under the microscope once again.