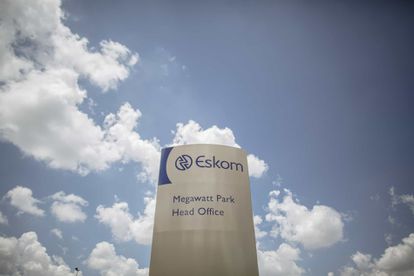 A general view of the headquarter of the embattled South African main electricity provider Eskom is pictured on 4 February 2015 in Johannesburg. Photo: AFP/Gianluigi Guercia

A general view of the headquarter of the embattled South African main electricity provider Eskom is pictured on 4 February 2015 in Johannesburg. Photo: AFP/Gianluigi Guercia

Eskom and residents of Dobsonville in Soweto have come to an agreement after severe power cuts turned into a violent protest on Monday 11 November 2019.

As of Tuesday, 12 November, the agreement states that residents will allow Eskom to conduct their routine audits as long as the utility will restore power in the affected areas of Dobsonville.

According to SABC News, Residents of Dobsonville, Mmesi Park in Soweto had their power switched off last Friday 8 November 2019, after Eskom technicians, who had gone into the area to do an audit of the electricity meters, were chased out.

Eskom said it discovered that about 80% of household meters in the area of Dobsonville had been by-passed. Eskom on Monday said it would continue to cut power to residents who do not pay for electricity.

Eskom’s Daphney Mokwena said: “When we did our desktop analysis on the payment history of the customers, we can pick up that 80% of them are not buying electricity, so that immediately required us to go and physically audit those meters.”

“The audit report we did recently showed us that 80% of these customers installed prepaid metres and 80% were not buying.”

According to EWN, Residents of Dobsonville, in Soweto, blocked streets on Monday after their power supply was cut off. Police then responded with rubber bullets and there were some injuries, local actor Patrick Shai, among others.

Shai was admitted to hospital after being hit with rubber bullets 11 times. He had tried to intervene, asking the police not to use force.

Dobsonville residents called for answers from Eskom over the continued power outages, saying there were numerous outages over the past two weeks.

Eskom on Monday said it would restore power in affected areas in Dobsonville on Tuesday morning. This came after residents and Eskom management held a meeting and agreed that auditors would be allowed to do their work.

In exchange, Mokoena said: “We should be reconnecting those customers and then continuing with our audit. That’s where we are with the issue.”

However, the utility reiterated that those not paying would have their power cut.

“The plan is to switch on the mini-subs. It’s about three mini-subs affecting about 250 customers, so we will be switching them on today (Tuesday 12 November),” said Mokwena.

The protest has since stopped and the situation is calm.