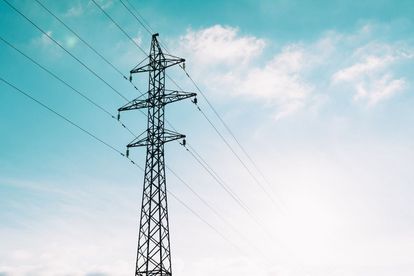 A select group of South Africans will only have to face Stage 1 cuts for two hours, however – Photo: Stock Image / Pixabay

A select group of South Africans will only have to face Stage 1 cuts for two hours, however – Photo: Stock Image / Pixabay

Embattled power utility Eskom revealed that fourteen suspects were arrested in connection with their stolen cables. The Hawks, Eskom investigators and SAPS dismantled the syndicate in Mpumalanga.

A scrap metal dealer and security personnel were part of the arrestees. Massive amounts of the stolen cables were found on numerous properties in Vosman.

During the course of the past week, Eskom suffered an increased amount of vandalism and theft at the Vulcan Transmission line. A detailed investigation was opened following this.

The power utility declared the spate of crimes a “major incident” due to the loss of supply to thousands of customers, extensive damage and increased safety risks.

ALSO READ: Brace yourselves! Stage 6 LOAD SHEDDING may be on the cards

In a statement, Eskom shared that towers on the above-mentioned line were severely damaged and roads were blocked with the fallen lines.

How was the syndicate caught?

The large investigating team made their way to an eMalahleni-based scrap metal dealership. There, they discovered a truck driver who was allegedly ready to begin offloading stolen copper cables. The driver was subsequently arrested.

Eskom shared that a residential property in Vosman also had copper cables that were prepared for shipment. Adding that it found a few security personnel, who were intended to protect the line, were involved with the syndicate.

Eskom shared that operations will be affected by the theft

Head of Security at Eskom Advocate Karen Pillay stated that the theft will continue to impact operations as well as affect the supply of essential services to those in need.

Eskom, Prasa, Transnet and Telkom incurred direct losses of over R7 billion in a year, said Pillay. While the knock-on impact on the economy is estimated to be R187 billion.

Eskom’s Acting CEO Calib Cassim stated that the utility would be pursuing the investigations further. He explained that the Hawks shall intensify operations against such syndicates. The aim is to ensure their plans are disrupted.

“This is economic sabotage of the highest degree. The perpetrators of such crimes must be brought to books and dealt the full might of the law. Customers pay the price for such crimes through increased tariffs.”