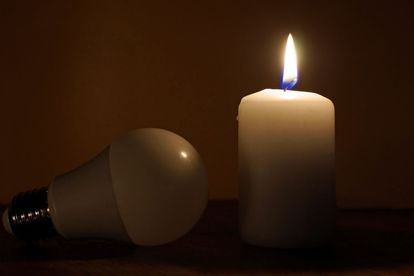 The embattled power utility implemented a bout of load shedding on Wednesday, 2 February, the first for the year, citing a shortage of generation capacity following breakdowns of two more generating units during the night. Stage 2 load shedding was expecting to run until Monday, 7 February 2022 at 05:00.

“Following an improvement in the generation capacity, together with the traditionally reduced weekend demand, loadshedding will be reduced to Stage 1 from 21:00
tonight and will remain at that level until 05:00 on Monday,” said Eskom spokesperson Sikonathi Mantshantsha.

ALSO READ: ‘We had no alternative’: Eskom CEO on stage 2 load shedding

LOAD SHEDDING NOT BEING SUSPENDED… FOR NOW

Eskom says there has been an improvement in the generation capacity, and a significant recovery in the emergency generation reserves, but this is still not enough to warrant suspending load shedding altogether.

Mantshantsha adds that they will continue to monitor the situation and will give updates accordingly.

“Total breakdowns amount to 13 277MW while planned maintenance is 6 728MW of capacity as we continue with the reliability maintenance. Eskom appeals to all South Africans to help limit the impact of loadshedding by reducing the usage of electricity and to switch off non-essential items,” he says.