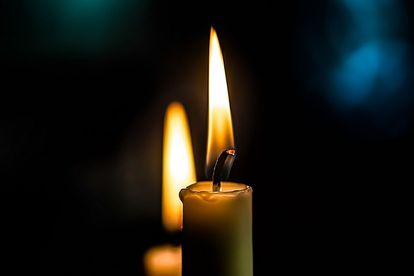 Don’t put your candles away any time soon – Stage 8 load shedding is on the cards, apparently – Photo: Stock Image / Pixabay

Don’t put your candles away any time soon – Stage 8 load shedding is on the cards, apparently – Photo: Stock Image / Pixabay

Which provinces are impacted by load reduction?

Eskom, in a statement, shared that it was struggling to keep up with equipment failure in Mpumalanga. This resulted in network overload and inevitably, load reduction being implemented.

“Overloading the network can damage electricity infrastructure by causing explosions at transformers and mini-substations. Overloading also poses danger to people and property in the affected communities, “ said Eskom.

The power utility has requested that consumers switch electrical appliances off during load reduction. This will assist in preventing damage to appliances with the power returns,

“Failure to do so may lead to transformers tripping or failing and damage to household appliances when supply is restored,” Eskom said.

Eskom notified consumers in eHlanzeni and Nkangala districts of load reduction. The load reduction was from 5:00 to 07:00 and again from 17:00 to 19:00.

Eskom notified consumers in the Pixley Ka Seme district and Rustenburg Sector of load reduction. The load reduction was from 05:00 to 09:00.

From Friday, 1 April, Eskom customers will have to dig deeper into their pockets. The embattled power utility was granted a 9.61% tariff hike by the National Energy Regulator of South Africa (Nersa).

Eskom previously sought a 20.5% tariff hike but this was denied. General Manager for regulating at Eskom Hasha Tlhothlalelmaje explained the tariff hike. According to Tlhothlalemaje, the steep increase will impact customers who buy electricity directly from Eskom.