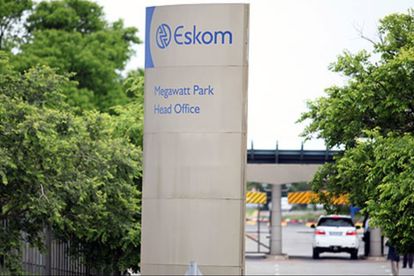 Four people have been arrested for defrauding Eskom during an irregular tender deal. PHOTO: Twitter/@SABreakingNews

Four people have been arrested for defrauding Eskom during an irregular tender deal. PHOTO: Twitter/@SABreakingNews

Two former ABB employees and their wives are behind bars for allegedly defrauding Eskom and awarding over R549.6 million to a contractor which did not qualify to do the work.

The four suspects are said to have received gratifications of around R8.6 million including cash and luxury cars for awarding a subcontracting deal to a company, Impulse.

The four accused, Mohammed and Raeesa Mooidheen as well as Vernon and Aradhna Pillay, employees of ABB, allegedly influenced the awarding of an Eskom-ABB contract. They allegedly unlawfully appointed Impulse as a subcontractor between 2015 and 2017.

This is despite the fact that Impulse reportedly did not actually qualify to do the work required, said spokesperson of the National Prosecuting Authority’s (NPA) Investigating Directorate (ID) Sindisiwe Seboka.

“The four are linked to defrauding of Eskom through its contractor, ABB, and they stand accused of cashing in on gratifications estimated at R8.6 million, including cash and luxury cars, by inflating prices for Impulse, a subcontractor to ABB.”

“This is deemed as one of the seminal matters that the NPA has referred to, for the reason that Eskom was really at the core of state capture and features prominently in the Zondo Commission Report, where executives at the most senior levels of the state-owned entities (SOEs) seemed to enable or facilitated for the looting of state fund,” said Seboka.

Eskom congratulated the NPA’s Investigating Directorate on the arrests and pledges to do everything possible to assist the investigations.

Spokesperson Sikonathi Mantshantsha said the power utility hopes this is only the beginning and that more arrests will follow. More than 100 other criminal cases have been lodged with the police over the years.

“Some assets belonging to the suspects and their spouses were seized by the Asset Forfeiture Unit. According to the Investigation Directorate, the suspects… will again appear in court on 14 October.”

“The law enforcement system needs to show that the time for the criminal impunity and theft that continue to rob the people of South Africa of services they have so dearly paid for is up,” said Mantshantsha.

Investigating Director Advocate Andrea Johnson said they are hot on the heels of those accused of state capture.

“This is a clear demonstration of collaborative work between the ID, Hawks and SAPS and more seminal cases will be enrolled as we continue to reprioritise cases emanating from the Zondo Commission reports.”