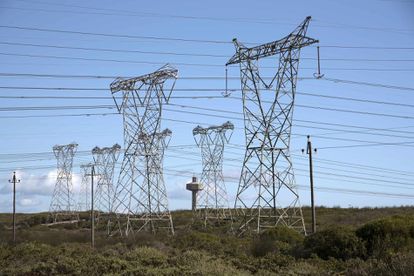 Power lines feed electricity to the national grid from the Koeberg nuclear power station, near Melkbosstrand in Cape Town. Image via Adobe Stock

Power lines feed electricity to the national grid from the Koeberg nuclear power station, near Melkbosstrand in Cape Town. Image via Adobe Stock

When Eskom board chairperson Jabu Mabuza was appointed interim CEO by Public Enterprises Minister Pravin Gordhan, it was met with resistance from NUM who disagreed with the dual roles that Mabuza would hold.

Mabuza only served in the role until Andre de Ruyter was officially appointed this past week, becoming Eskom’s seventh CEO in five years to take up the hot seat.

In the wake of the change of guard at Eskom, President Cyril Ramaphosa has indicated through his spokesperson, Kusela Diko that more changes are on the cards, particularly related to the Eskom board.

“The president is wholly seized with the matter at Eskom. He is looking at changes that have to be made; also within the board itself and with the implementation of the Eskom road map that had been launched, so it’s ongoing work,” Diko said.

We take a look at the CEOs who have journeyed through Eskom over a five year period.

With the success of turning the Land Bank around in his role as CEO and rooting out corruption among top officials at that organisation which led to the conviction of the implicated executives – Hadebe came to Eskom with an impressive reputation and qualifications to boot.

The duties that lay before Hadebe were multiple – he was tasked with creating and leading a plan to turn the utility’s finances around.

He was also expected to implement changes which would address the ailing resources, structural issues at power plants and consequently load-shedding.

During his tenure, Ramaphosa announced a strategy to unbundle Eskom into three entities. While Hadebe had begun fixing the serious problems at Eskom, he resigned nineteen months into the job citing health concerns.

One of Hadebe’s successes was retrieving R1.3 billion from consulting firm McKinsey and identifying companies that owed billions to the state enterprise.

He was also instrumental in securing a R1.5 billion for Eskom from the Agence Française de Développement (AFD). The loan would go towards plans to strengthen and refurbish the transmission infrastructure while diversifying funding structures.

Admittedly, Maritz who was Eskom’s chief information officer and group executive for information technology before becoming CEO barely had enough time to make a proper impact in overhauling Eskom’s most pertinent problems.

By the time he resigned, he was facing a disciplinary hearing for hiring a friend at a salary of R100 000 a month and for approving the payment of R400m to China’s Huarong Energy Africa in a deal that would see the Chinese conglomerate building and refurbishing Eskom’s ageing power plants.

To top it off he was implicated in an Eskom inquiry report together with former board chairperson Zola Tsotsi, ex-CEO Koko Matshela and former Minister of Public Enterprises Malusi Gigaba.

According to the Portfolio Committee on Public Enterprises, the report would uncover gross maladministration, corruption and fraud; effectively revealing the extent to which state capture had ravaged the public enterprise.

Maritz moved on from the Eskom debacle, becoming an independent consultant.

Having spent 22 years at Eskom, Dladla was the chief executive of Eskom Enterprises before taking up the helm as group head executive.

He was promoted at a time when Eskom was under heavily under fire; as their financial statements indicated that in 2017 their total revenue had risen to R177 billion – an increase of 8% – their total profit had plummetted by 83%.

During his stint, he had begun taking action towards contracts worth billions secured and influenced by the Guptas including the major deal which involved McKinsey and Trillian.

Under his watch, an investigation was called to probe the executives responsible for handling the McKinsey and Trillian contracts. Dladla also secured a R19.87bn loan from the China Development Bank. He is now the CEO of Consolidated Infrastructure Group Limited.

Koko begun his career as an engineer, later becoming head of generation, a position he held twice.

Despite his efforts at the beginning to follow his executive mandate of steering the Eskom ship back to safe waters – Koko found himself at the bottom of a dark hole.

He was implicated in a conflict of interest when his sister and step daughter’s company, Impulse Trading was handed contracts worth R1 billion.

Added to that, he faced several charges of lying to parliament about McKinsey and Trillian and accepting flight to Dubai paid for by the Guptas. Koko now owns an energy company which has been tasked with a solar power project in

Zimbabwe and will aim to fix the energy crisis in that country.

Though he proclaimed that he had load shedding under control, shortly after joining Eskom from Transnet where he was CEO, there were 99 days of load shedding so technically the country still experienced blackouts under Molefe’s watch.

After that period of load shedding in 2016, the power utility was stabilised as it sought to recover from the challenges of ageing power plants, piling debt, management restructuring and bad financial management.

Molefe’s joyride as CEO soon went south as it was revealed in former Public Protector Thuli Madonsela’s State of Capture report that he had meetings with the Guptas and had approved contracts which benefitted them.

This led to his resignation and chaotic back and forth with the courts which rescinded the R30m golden handshake that he was given. Molefe is embroiled in a court case with Eskom disputing that he received R30m. He is currently without a post.