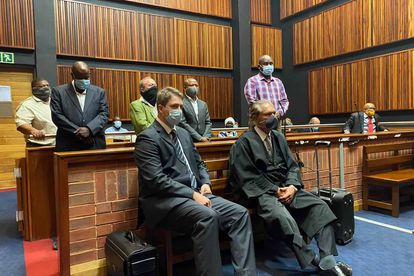 Former Eskom contractor, Michael Lomas who is now a fugitive in London is expected to appear in the Westminster Magistrates Court in London on Wednesday 20 May.
Investigating Directorate spokesperson, Sindisiwe Seboka said Lomas’s latest court appearance followed his arrest on 15 April and subsequent bail application. Lomas was granted bail of £100000 (R1.7million) and had to further submit additional surety in the sum of £250000 (about R4.3million) as well as agree to other stringent bail conditions.
“The appearance emanates from months of talks with the UK law enforcement authorities in connection with the fraud and corruption case where Eskom paid R745 million to Tubular Construction Projects in which Lomas is implicated,” Seboka said.
“The contract exposed the state-owned entity to R1.4 billion. Lomas has been indicted along with four other accused in South Africa who were arrested in December 2019,” Seboka said.
His co-accused are expected back in court in South Africa on 1 June 2021.
“The same accused were also served with a R1. 4 billion assets restraint order on 4 May after the NPA’s Investigating Directorate (ID) applied to the High Court. Their assets are now under the supervision of a curator appointed by the court,” Seboka said.
Seboka said that the ID had filed an extradition application through the UK central authorities to invoke the European Convention on Extradition 1957, the UN Convention against Corruption 2003 to assist with bringing Lomas back to South Africa to account for the allegations and join the South African accused.
ID head, Advocate Hermione Cronje, is grateful to the Hawks for their assistance in investigating the matter and the Department of Justice and Correctional Services for being conduits in transmitting documents to the UK central authorities.
“The London-based court is expected to deal with the case management of the matter and decide on the appropriate manner on how the trial should proceed,” Seboka said.