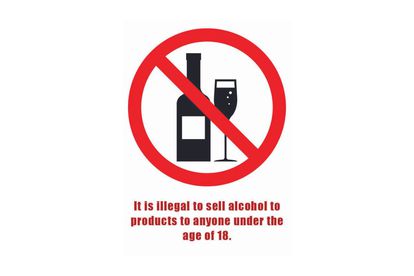 A few weeks ago the families of a township in Scenery Park outside East London, received news that every parent prays they never get to hear.

They were told that 21 of their children had been found dead, in a tavern. The youngest child was only 13 years old.

The police investigation into the tragedy is proceeding apace. Flowing from the investigations, the Buffalo City Metro is looking into whether the tavern violated any municipal regulations.

Our thoughts and prayers are with the families who are struggling to come to terms with this unspeakable horror.

We commend the Eastern Cape provincial government for assisting the affected families, as well as AVBOB that has pledged to assist the families with the burials.

Even as the relevant authorities deconstruct what happened to ensure there is justice for the victims, there is a conversation we do need to have as a country. It is the problem of under-age drinking.

The footage and images posted online of the so-called ‘pens down’ party at the venue that night show revelling youngsters clutching bottles of alcohol. Many of those in the images look barely out of their teens.

A number of young people from Scenery Park have told the media of having seen a post circulated on social media, offering free rounds of alcohol to all who attended the event that night.

The increased social acceptability of young people drinking alcohol has become a serious problem in a country where the majority of the drinking population are already classified by the World Health Organization as binge drinkers.

Alcohol use amongst adolescents is associated with impaired function, absenteeism from learning, alcohol-related injuries, suicidal thoughts and attempts, and risky behaviour.

We must come together to combat this vice that is robbing our young people of the best years of their lives, and making them susceptible to alcohol addiction.

As families it means having open and frank conversations about alcohol and setting boundaries. Children under the age of 18 consuming alcohol is against the law.

As adults we should refrain from practices such as sending minors to buy alcohol for us or capitulating to requests to buy these young people alcohol.

It is not the first time we have been confronted with tragic events such as what happened in Scenery Park last week.

A common denominator between Enyobeni tavern, the Throb nightclub disaster in Durban in 2000, and the Osi’s tavern tragedy in Khayelitsha in 2015, is that these establishments were selling liquor to minors.

The proliferation of establishments openly flouting the law points to failings on the part of authorities to enforce regulations.

Under the National Liquor Act, owners of establishments with liquor licenses may not sell alcohol to anyone under the age of 18. They must also take reasonable steps to ensure anyone they are selling alcohol to is of age.

We call on communities to work with authorities to ensure that taverns, shebeens, entertainment venues and outlets breaking the law face the consequences.

We call upon our police to step up the enforcement of laws that prohibit the sale of alcohol close to schools and enhance monitoring of outlets to ensure alcohol is not being sold to minors.

Another reality is that alcohol is a form of escapism for young people in communities were opportunities for safe and age-appropriate recreation are few.

The Scenery Park community has pointed to the lack of sports, learning and other developmental facilities for young people, leading them to resort to ‘tavern hopping’.

In the wake of the tragedy, the community has pointed out that there are no viable sports grounds, community libraries or youth centres in Scenery Park.

As government at national, provincial and local level we need to respond to the pleas of this community and those of other communities by developing more recreational spaces, facilities, programmes, and projects for our young people in disadvantaged areas in the province.

Other social partners such as the business community should also assist with sponsorship.

As communities we must work with our Community Policing Forums, with our civics organisations and with our school governing bodies and play a more active role in the lives of our children and in ensuring their safety and well-being.

As they say in our African indigenous classics “it takes a community to raise a child”.

Let us work together to protect our precious future generation from the ravages of alcohol and drug abuse and their effects.

Let us work together to ensure that those who put profit before the lives of our children are not allowed to operate.

Let us also set a positive example in our own relationship with alcohol.

Let us be keepers of not just our own children, but our neighbours’ children as well.

From The Union Buildings