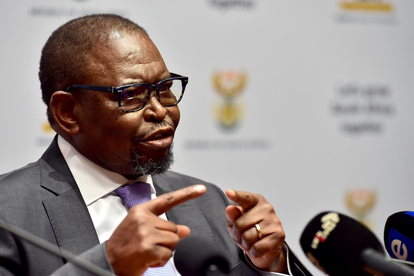 The Economic Freedom Fighters (EFF) has called for the removal of Finance Minister, Enoch Godongwana after an alleged sexual harrassment complaint was lodged against him by a woman working at a spa in Kruger National Park.

The sexual harassment allegations surfaced a week after Godongwana stayed in Skukuza at the Kruger National Park. The spa worker claimed the Minister assaulted her while she was giving him a massage in his room, however, Godongwana denied the allegations and said he was was with his wife – Thandisiwe at the supposed time of the incident.

CALLS FOR GODONGWANA TO BE FIRED FOR ALLEGED SEXUAL HARRASSMENT

Godongwana has also been accused of trying to bribe the woman who lodged a criminal complaint against him with R250 000 so that she drops the case.

The Minister’s spokesperson, Mfuneko Toyana said Godongwana has received no formal complaint nor communication from the police. It is for this reason that he will refrain from any further comment or discussion on the matter until such a time that he deems appropriate with due consideration of the serious and sensitive nature of the alleged incident.

The Red Berets said if the ANC Government respected women, a Minister accused of sexual harrassment would have resigned with immediate effect, on his own accord.

“If the State President, Cyril Ramaphosa could just uphold his oath of office, he would have fired Enoch Godongwana,” the party said.

Furthermore, the party said every facet of the State continues to demonstrate its pure hatred for women.

“The justice system further torments women daily by granting bail for as little as R500 to perpetrators of Gender-Based Violence and Femicide in spite of the phenomenally high GBVF prevalence in South Africa.”

The ANC Women’s League has also called on law enforcement agencies to deal with Godongwana’s case swiftly and with utmost effectiveness.