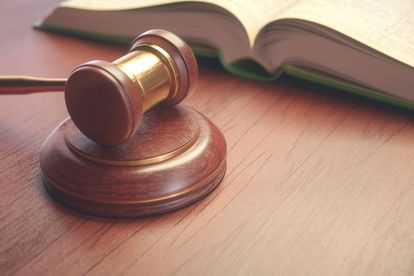 A father from Ennerdale, Gauteng has been handed a suspended 10-year-jail sentence after accidentally gunning down one of his own children. Sibusiso Tshabalala mistakenly shot his 16-year-old son Luyanda back in June 2018.

#SibusisoTshabalala who accidentally shot dead his son at an Ennerdale High school has been sentenced to 10years behind bars after he was convicted of culpable homicide; but the sentence has been suspended. #SabcNews

Why Sibusiso Tshabalala shot his own son

Tshabalala fell asleep while waiting for Luyanda, who attended evening classes earlier this year at Ennerdale High School. He claims that he mistook his son for a hijacker. When stirred from his slumber, the dad panicked, fatally wounding the teenager in the process.

As we reported back in June, the boy succumbed to his injuries on his way to the hospital. Police had taken his statement on the following day before he was officially arrested 24 hours later. He was initially released on a warning, before facing a charge of culpable homicide.

Despite his appeals, Tshabalala was found guilty on the charge. Although he will not have to go to prison unless he reoffends, the defence was still hoping that his name would be cleared after such a devastating year.

The Ennerdale father has two younger children with his wife, too. Mrs Tshabalala has stood by her partner, maintaining his innocence. The defendant was visibly emotional when the judgement was passed down in the Lenasia High Court, as a five-year suspension was put on his sentence:

#EnnerdaleSchoolMurder BREAKING: an emotional Emmanuel Sibusiso Tshabalala pleaded to the murder of his 16-year-old son, Luyanda in the Lenasia Magistrates Court. He was handed down a 10 year direct imprisonment sentence, wholly suspended for five years @SowetanLIVE pic.twitter.com/AN1p8NFvai