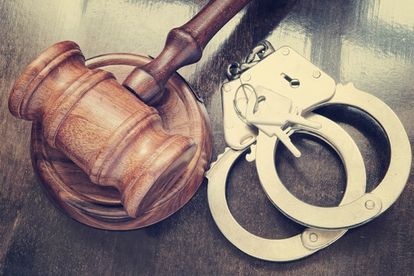 The 55-year-old woman stole over R 1.6 million over a three-year period.

The 55-year-old woman stole over R 1.6 million over a three-year period.

A 55-year-old employee bit off the metaphorical hand of her employer, 55 times by defrauding the company of R1 601 890-57 over a three-year period.

Due to an exceptional investigation by Warrant Officer Mariette Olivier from the Commercial Crime Task Team in Komani, she was successfully charged on 55 counts of fraud and theft.

The accused pleaded guilty to all the charges on Wednesday, 23 February 2022.

Magqashela said that it was quite disturbing and disappointing when an employee breaches the trust of her employer by stealing from them.

“Such a devious act is criminal and no mercy should be shown to ungrateful employees.”

“This conviction and sentencing is a lesson to anyone who may think that they will never be caught, it is only a matter of time when greed gets the better of you and justice takes its course.”

In another case where an employee stole from her employer, police in Limpopo are desperately trying to locate a domestic worker, after she allegedly stole a six-figure sum from a family’s safe before making an immediate getaway.

Limpopo police spokesperson Motlafela Mojapelo has confirmed that a case of theft has been opened against the domestic worker.

He said no arrests had been made yet – despite SAPS’ best efforts.

“We can confirm that the police in Modimolle are investigating a case of theft, after a helper allegedly stole some items from the house she was working in and disappeared.

“The suspect has not yet been arrested and police investigations are continuing,”

The shock developments have left the Phasha family – who employed the missing fugitive – at a loss.

They issued a brief update on the matter yesterday, revealing a number of key details about the case.

The suspect has been identified as a Lesotho national.

She was recommended to the Phasha household by an employment agency.

It’s believed their rogue domestic worker has made off with R120 000 from a safe, along with other valuables.

The suspect left an apology note at the scene and hasn’t been heard from since she fled the area.