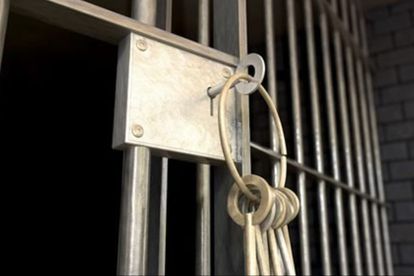 An EMPD officer has been sentenced to life imprisonment for murder. PHOTO: Twitter/@SAPoliceService

An EMPD officer has been sentenced to life imprisonment for murder. PHOTO: Twitter/@SAPoliceService

Mzolo had reportedly sold a stolen car to Mcambi’s sister, and Mcambi wanted his sister to be paid back her money.

According to the National Prosecuting Authority (NPA), during the evening of 13 May 2018, the deceased came out of his shop in Ivory Park and went to the water tap outside. Whilst there, he was shot several times by Mahlaba, Mzolo and an unknown man and fell on his back. The witnesses came out of the shop and saw Mzolo fleeing to his car and the other men (Mahlaba and an unknown man) running away from the scene. The police that were on their way to attend to a domestic violence complaint, were stopped, and alerted by community members about the shooting.

NPA Regional spokesperson, Phindi Mhonondwane said the community pointed out Mahlaba, who was running away on foot, police gave chase and apprehended him.

“He was searched and a firearm was recovered from him. Mahlaba was then taken back to the scene and thereafter arrested. The victim was taken to Tembisa hospital where he died, with the cause of death determined as multiple gunshot wounds.

“The state witnesses testified that all three assailants (Mahlaba, Mzolo and an unknown man), fired shots at Mcambi. Mahlaba confessed to killing Mcambi, detailing that the first shots toward the deceased were fired by Mzolo, and he also followed with more shots as all had firearms.”

Senior State Advocate David Mothibe reportedly argued that the murder was planned and that Mahlaba  and the unknown man were aware of what they were going to do at the deceased place, as they were all armed.

Mothibe reportedly pleaded with the court to take into consideration that the officer was entrusted with upholding the rule of law but chose to break the law by conspiring with his friends to kill the deceased.