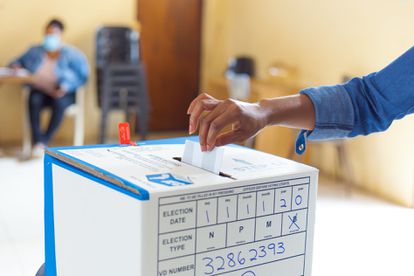 Well, that did not take long!

The Independent Electoral Commission (IEC) of South Africa in KwaZulu-Natal confirmed on Monday morning that the police are investigating allegations that one of its presiding officers was on Sunday allegedly caught committing electoral fraud.

THE INCIDENT ALLEGEDLY HAPPENED ON SUNDAY

According to the commission in the province, the unnamed presiding officer was allegedly caught stuffing marked ballots into a ballot box.

ALSO READ: Local Elections 2021: Here’s where each leader will be voting

“This remains an allegation, and SAPS are still investigating. Members of the media will be updated as soon as the full report is received from SAPS.”

It was not yet clear which party the officer was trying to help by committing the alleged offence.

IEC spokesperson Thabani Ngwira said on Monday they were still waiting for an update from the police.

According to Mbele, the accused officer phoned her Area Manager on Sunday to inform her that there is a problem at the voting station at Kusakusa Primary School. She then confessed that she has voted on both Ward and Locally more than once and she is aware that she has contravened the Local Government Electoral Act 67(b).

Do you suspect that electoral fraud has taken place?