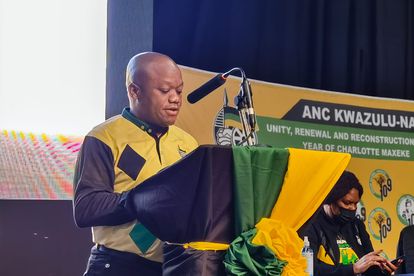 The African National Congress (ANC) in KwaZulu-Natal (KZN) has blamed its drop in performance at the local government elections on disgruntled party supporters who opted not to flock to voting stations. The ANC was only able to get 42.02% of the votes in KZN and has lost its outright majority in the eThekwini Municipality.

This means that the party would now need to form a coalition government to continue leading KZN’s only metro. It is no secret that voter turnout was dissappointingly low, as only more than 12 million people headed to polling stations – not even half of the 26 million people who had registered to vote. ANC KZN chairperson Sihle Zikalala says supporters who are not happy with the party withheld their votes.

“The honest reflection is the ANC is hurting and disappointed, and we are saying so because the ANC supporters in our stronghold did not turn out to vote. They rather decided not to vote at all,” said Zikalala.

Now the ANC KZN’s drop in votes has prompted concern over the party’s overall performance in the national elections, which will be held in 2024.

“The immediate implication that is of concern to us is that it creates an impression and sets the scene towards 2024 that if it doesn’t attend to many of the challenges that have been identified, we will not be able to come back as a governing party in the province of KZN,” said ANC provincial secretary Mdumiseni Ntuli.

The ANC in KZN’s provincial executive committee (PEC) and branches are expected to meet to find a way forward, in the wake of the party’s drop in voter support.

“We will be going to national elections in 2024 and I know, and I am sure that many of us in the ANC leadership will be very convinced that by the time we get to 2024, the situation that we have gone through during this period would have been resolved”