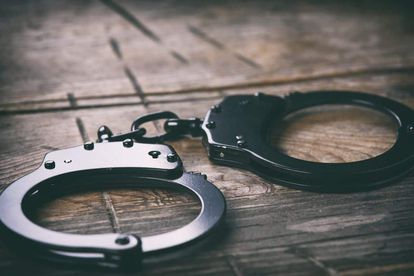 A Gauteng man is accusing Ekurhuleni Metro Police Officers of brutally assaulting him after he tried to purchase fireworks with his wife, at a shop in Kempton Park on New Year’s Eve.

According to SABC News, Bonginkosi Biyase alleges that officers broke his arm in the process and filed a false charge against him on 31 December 2019.

What took place in Ekurhuleni

According to Biyase, Ekurhuleni Metro Police entered the shop where he and his wife were purchasing fireworks, demanding documentation for the fireworks in his possession.

When Biyase said he did not have a permit for the purchase of the fireworks, he was told by police to return them.

After complying, Biyase said they were ordered out of the shop and all hell broke loose from there. He allegedly protested against leaving the shop, trying to explain to the police that he was still waiting for his refund from the shop owner.

It is alleged that Ekurhuleni police then tackled the man to the floor and in the process, broke his arm. They then took him to a police holding cell where he was detained for three days. Biyase said the officers allegedly laid a charge, stating that he had assaulted them.

The Ekurhuleni Metro Police Department (EMPD) said the unit views the allegations in a serious light.

Ekurhuleni Metro Police Spokesperson Kobeli Mokheseng said the implicated officials have not been arrested and no statements have been taken from them as yet.

Mokheseng said that Biyase shouldn’t have been questioned by police as to whether he had a permit.

“They (police) should have only asked the shop owner, we were not aware of that,” he said.

When asked whether an injured citizen should first be taken to a hospital before being arrested, Mokheseng said that is the police’s mandate but unfortunately, it was not executed that night.

“Let us first give SAPS a chance to deal with this matter and then we will take it from there,” he added.

The Institute of Security Studies’ Gareth Newman said police are properly trained, but they often don’t adhere to the laws they’re meant to uphold.

“When police officers act like this, it’s critically important that appropriate action is taken to ensure that the behaviour is stopped and they start acting like professionals that they should be,” said Newman.

This came after video footage, surfaced on social media on Thursday 5 December 2019 of Tshwane Metro Police officers pulling and pushing a woman out of her vehicle and into their van at a petrol station in Centurion, Gauteng.