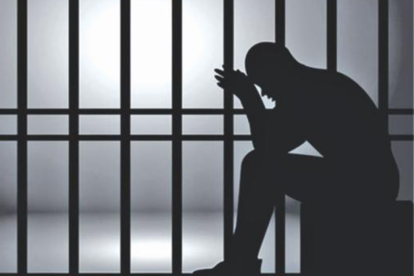 An ex-policeman from Ekurhuleni’s Katlehong has been sentenced to 25 years in jail after he was found guilty of murder on Thursday.

Simphiwe Ndlovu, who is a former cop, has been jailed for the killing of a civilian. The incident took place in 2020 when Ekurhuleni Metro Police Department (EMPD) were enforcing the Covid-19 level 5 lockdown.

Ndlovu was sentenced to 25 years for the murder of Sibusiso Amos, five for each of the three charges of attempted murder, five years for unlawful possession of a firearm, and two years for possession of ammunition without a license.

Amos was shot dead after he had an argument with EMPD officers after chasing patrons from a nearby tavern.

“The bullet was fired from one of the EMPD officers’ shotgun.”

CHILDREN WOUNDED IN THE SHOOTING

The report added that no less than three children were wounded before Amos’ killing.

Ndlovu informed the court that picked up a gun after an EMPD had lost his footing while facing angry community members.

“He then saw a scuffle inside the yard between Amos and EMPD officers. He approached and fired shots towards Amos to scare him off to stop the scuffle,” Mjonondwane added.

“Though he could have assisted the deceased after he was shot the accused just walked away without helping or securing the scene,” Mjonondwane said.