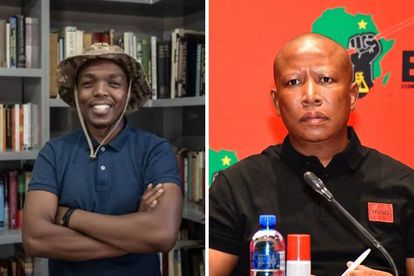 Hours after the horrific shooting a tavern in Soweto, members of the EFF and Operation Dudula clashed outside the location. Photo: @nhlanhla_lux and @julius.malema.sello / Instagram

Hours after the horrific shooting a tavern in Soweto, members of the EFF and Operation Dudula clashed outside the location. Photo: @nhlanhla_lux and @julius.malema.sello / Instagram

Hours after news of the killing of patrons at a tavern in Soweto was revealed, a clash between members of Operation Dudula and the Economic Freedom Fighters (EFF) broke out.

Why did the EFF and Operation Dudula members clash?

According to reports, the clash may have stemmed from an argument regarding who arrived at the scene of the crime first. At the time of the scuffle, members of the SAPS were conducting investigations to find out more about the deadly shooting at the tavern.

The death toll of the Mdlalose tavern shooting is currently sitting at a massive 15 people.

SAPS managed to quell the tension

The leader of Operation Dudula Nhlanhla Lux stated that it was not important who arrived at the scene first. The Citizen reported that the EFF’s national spokesperson Sinawo Thambo was representing the Red Berets at the scene.

The SAPS managed to separate the EFF and members of Operation Dudula.

BREAKING: At least 14 people shot and killed at a tavern in Soweto

Earlier, it was reported that at least 14 people have been reportedly shot and killed at a tavern in Soweto in Gauteng while four remain in critical condition in hospital.

According to reports, the incident happened at a tavern in Nomzamo section in the early hours of Sunday, 10 July. The exact age of the people who were shot is not yet known yet but police have confirmed the incident.

Gauteng Police Commissioner, Lieutenant General Elias Mawela told eNCA that primary investigations suggest that people were enjoying themselves in the tavern and suspects came in and just shot at the people randomly. Read the full story here.

Meanwhile, it was reported that four people have been shot dead while eight others were wounded during a shooting incident at a tavern in Sweetwaters, Pietermaritzburg in KwaZulu-Natal.

The incident reportedly happened on Saturday night at 20:30 while a group of people were having drinks. According to police, a vehicle arrived and parked outside the tavern. Two males jumped out of the vehicle and fired random shots at the patrons when they entered the tavern. Read the full story here.