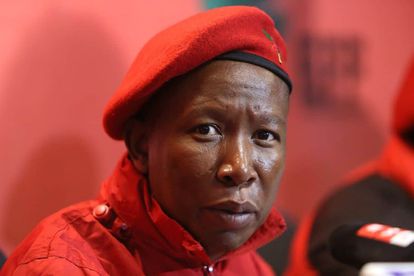 The Economic Freedom Fighters (EFF) is less than enthusiastic about President Cyril Ramaphosa’s decision to move the country to level 1 of the lockdown, but said it would monitor the response to the coronavirus pandemic.

In a statement on Thursday, September 17, 2020, the red berets said they would be keeping an eye on government’s programmes and responses as what has been said about the global pandemic is not a reflection of reality.

“Since the beginning of the pandemic, South African Government’s response has been less than satisfactory, defined by non-disclosure of important data indicators such as the demographic profiles of those infected and/or died from COVID-19,” said the party’s spokesperson Vuyani Pambo.

Ramaphosa announced on Wednesday evening that the country would progress to level 1 of the lockdown at midnight on Sunday, 20 September 2020. This means some restrictions would be eased, with one of the main aims being the re-opening of the economy.

The key changes under level 1 include more relaxed restrictions on gatherings, alcohol sales and the comeback of international travel. The curfew has been amended to midnight until 04:00.

The EFF has also wasted no time taking aim at the ruling African National Congress (ANC) over the alleged corruption that has emerged in the wake of the coronavirus pandemic. The Special Investigating Unit (SIU) is currently probing 600 companies which have received lucrative contracts to provide personal protective equipment (PPE).

“Government and the ruling party used the pandemic and the lockdown as a period for massive looting of state resources, and there is not yet a believable effort to recover the millions of rands lost due to COVID-19 response efforts,” Pambo said.

The EFF has also lashed out at government for “prioritising tenderpreneurs who immorally looted state resources for personal benefit.”

The party said Ramaphosa’s administration has only served the interests of “the white capitalist establishment” and has shown little regard for the black majority, during the lockdown.

“With so much corruption underpinning this effort, it is now evident that the biggest beneficiaries of the whole effort were white people and companies,” the party said.

“We call on the people of South Africa to look after themselves until we remove the ANC from political power. The EFF will prioritise the lives of the people because this administration has demonstrated that they only care about white capitalist interests”