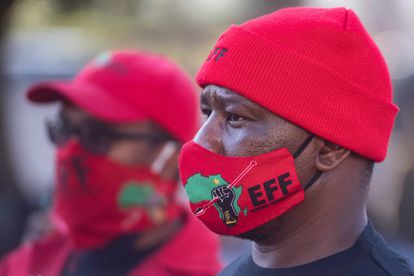 The EFF (Economic Freedom Fighters) on Saturday 25 July 2020 called on its members, supporters and well-wishers to “dress in black on 26 July 2020” for the party’s 7th anniversary, “to mourn those who have passed away as a result of COVID-19”.

“This day would normally be marked with jubilation, but we cannot, in good conscience, celebrate while over 6 343 people in South Africa have died, and there at least 421 996 confirmed COVID-19 cases in the country”.

The EFF calls on members to use the 7th anniversary “for reflection on the magnitude of the devastation that this has caused to family and communities”, not only in South Africa but across the world.

At the time of publishing, the global caseload nears 16 million confirmed cases — 15 955 887, as per the last count ― along with a death toll of 643 040. South Africa is currently fifth on the list of most-affected countries, preceded by Russia, India, Brazil and the USA.

The EFF recognises that “fear, sorrow and anguish stalk the streets, taxis, townships, villages, cities and home”, and said that they cannot continue as normal while so many people succumb to the disease every day.

“The anxiety and stress that people face on a daily basis are compounded by the lack of adequate health care and by the looming spectre of death concretised by open graves. […] The EFF conveys its deepest sympathies and condolences to all of those who have lost loved ones”.

Lastly, the party urges members and supporters to stay at home, to wear black and to watch the 7th-anniversary rally online. The event will be free to access via the party’s website, as well as social media pages.

EFF speaks out against schools reopening

On Friday, the party lashed out at the government for its decision to close public schools for four weeks, calling it a PR stunt, saying it condemns the “experiment with the lives of children and teachers” and that there is no scientific modeling to suggest the curve will flatten soon.

“It is painful that children were sacrificed to this virus and subjected to the cruelty of inadequate PPE’s and poor infrastructure. To send children to schools during a deadly pandemic is homicidal and to subject them to sanitisers with low alcohol content and lack of masks is tantamount to murder.”

In addition, the party referred to Dr Salim Abdool Karim as “a compromised expert” and called for independent scientific and epidemiological evidence to be considered before schools are reopened. “This must be guided by advice from the World Health Organisation,” the party added.

The EFF was disappointed by President Cyril Ramaphosa willingness to escalate the rapid rise of infections and said his “lack of foresight and decisive leadership will continue to result in pain and mass deaths” while the ANC profits off a global pandemic. Read more here.

EFF Statement On Not Celebrating Its 7th Anniversary #EFFTurns7 pic.twitter.com/TQzi94mW9M