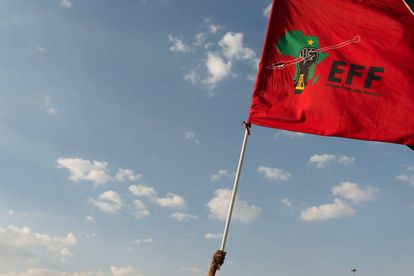 The Economic Freedom Fighters (EFF) on Tuesday 13 April said the party “condemns with contempt and disgust” Minster Pravin Gordhan’s attempt of “trying to influence the appointment of his friend, Dhaya Pillay”.

The party said the Minister of Public Enterprises “orchestrated a clandestine meeting” with the Chief Justice of the Constitutional Court, Mogoeng, Mogoeng.

“In an alarming revelation of how corrupt and twisted Pravin Gordhan is, Chief Justice Mogoeng Mogoeng relayed to the Judicial Service Commission, which sat to interview candidates for the Constitutional Court, how Gordhan attempted to find out how a candidate did in an interview”.

The EFF’s national spokespersons – Vuyani Pambo, Delisile Ngwenya and Sixolise Gcilishe – said in a statement Pillay was “seated before the commission as this unscrupulous relationship between a judge and Minister was exposed”.

The party said it was not “at all surprised by revelations made by the Chief Justice, as the EFF has long spoken about Gordhan’s dangerous influence in South Africa”.

The statement cited Gordhan as having “a tendency of meeting judges who are set to make critical enquiries […] in matters relating to him”.

“His undeniable backing of Judge Dhaya Pillay to assume of the two vacancies at the Constitutional Court reveals a premeditated capture of the judiciary of South Africa by a corrupt cabal of lapdogs”.

‘Fear for the worst’

These “lapdogs”, according to the EFF, include President Cyril Ramaphosa in the interests of foreign Western influences and private capital. The party said the country should “fear for the worst” when judges are friends with prominent politicians.

The EFF also warned it would report Gordhan to the Public Protector “for breaching the Executive Ethics Act of 1998, in that he has attempted to unduly influence a sitting Chief Justice.

“Today, the Chief Justice bravely confirmed that he is a criminal who undermines judiciary and seeks to capture it to further his personal interests. The party said it would also report Judge Pillay “for misconduct and bias to the Judicial Conduct Committee”.

Saving SA from the ‘filthy grip of Pravin Gordhan’

Pambo, Ngwenya and Gcilishe said the party would not allow Gordhan to “continue to undermine all relevant institutions”.

They cited the privatising of state-owned entities as well as “manipulating law and tax investigative agencies and attempting to capture our judiciary”.

The party said EFF Deputy President Floyd Shivambu would be opening a case of corruption against Gordhan at the Hillbrow Police Station at 11:00 on Wednesday, 14 April 2021.

“If we must go to the streets to free institutions of this country from the filthy grip of Pravin Gordhan, then we will do so by any means necessary”.