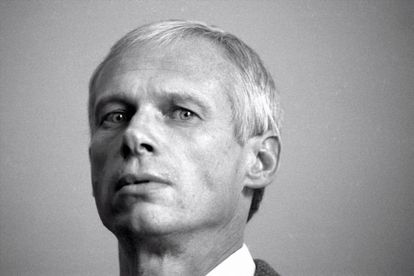 The Economic Freedom Fighters (EFF) has slammed the Constitutional Court’s decision to grant Janusz Walus parole saying he must remain in prison until he dies.

On Monday, 21 November the Apex Court found that the decision by Justice Minister Ronald Lamola to deny Walus parole in 2020 was irrational and ordered that he be released on parole within ten days.

Janusz Walus, a Polish national, assassinated Hani outside his Boksburg home, shooting him four times on Easter Saturday 10 April 1993, on the eve of South Africa’s transition to democracy in 1994. The freedom fighter was declared dead at the scene.

Following an investigation Walus was then arrested and sentenced to death. However that was later changed to life imprisonment after South Africa abolished the death penalty.

The EFF said the Constitutional Court undermined the sensitivities of South Africans and will invoke instability in the country, adding that Walus cannot be forgiven.

The party said there has been no resolution between Walus and the Hani family which has consistently opposed his release due to the trauma they suffered.

“It is a betrayal of all combatants who fought the forces of apartheid and colonialism and has reduced the Constitutional Court to an instrument that reinforces white supremacy and disrespects the memory of an icon,” the party said.

The EFF further said that there will be serious consequences and repercussions and the Constitutional Court will take responsibility over what will happen if Walus is released from prison.

Speaking outside the court, Limpho couldn’t hide her anger and said that her family was never consulted on the decision. She also slammed Chief Justice Raymond Zondo saying he couldn’t be bothered.

The SACP also expressed disappointment with the decision and said the judgment has far-reaching implications that compel them to analyse it deeper and look for a new way forward under the circumstances.

ALSO READ: ‘Not suitable for domestic breeding’: EFF calls for ban on Pitbulls