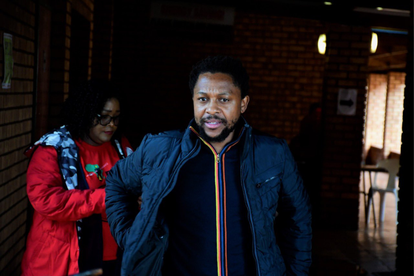 Mbuyiseni Ndlozi may well have earned himself a spot of legal trouble for comments the EFF politician made on social media in reaction to the party’s legal battle against AfriForum.

AfriForum now wants the Gauteng High Court to rule on whether Ndlozi’s comment that ‘these dogs are scared, shoot, shoot’ is tantamount to intimidation.

AfriForum is pursuing a civil case against both Ndlozi and EFF leader Julius Malema for their refusal to stop singing the ‘Kill the Boer’ song.

The High Court in Johannesburg heard on Monday AfriForum’s calls for it to rule on whether Ndlozi’s Twitter posts amounted to intimidation. The groups advocate Mark Oppenheimer commented:

“There was a public response by Mr Ndlozi after AfriForum announced on Twitter that the case would be set for two weeks. Ndlozi said these dogs are scared, shoot, shoot and added a bomb emoji,”

Oppenheimer went on to add that the group is concerned that the integrity of the proceedings against the EFF would be interfered with.

In response, Judge Edwin Molahlehi commented on AfriForum’s concerns raised during the proceedings.

“Any citizen of this country is entitled to participate in court proceedings without any interference.”

EFF lawyer insists any ruling would equate to a pre-judgment

In line with this, the EFF’s legal representative advocate Msondezo Ka-Siboto was afforded a chance to consult with Ndlozi to establish what he intended with his comments before a ruling on the matter is made.

Ka-Siboto is adamant that the comments were simply lyrics to the song currently in the spotlight. The EFF lawyer also insists that any ruling on Ndlozi’s comments would equate to a pre-judgment.

The EFF has refused to stop singing the controversial song at gatherings, opting instead to replace the word ‘kill’ with ‘kiss’. In turn, AfriForum opted to challenge this decision in court in late 2020.

AfriForum has accused Malema, Ndlozi, and the rest of the EFF party of hate speech  “by chanting songs and statements that advocate hatred on the grounds of race and ethnicity and constitute an incitement to cause harm” since 2016.

Back in 2010 Malema, who had been president of the ANC Youth League at the time, had been found guilty of hate speech for singing the same song. This had been the ruling passed down after AfriForum had pursued legal charges against him.

Now, AfriForum wants the EFF leader to be charged with contempt of court for continuing to sing the song during party rallies.