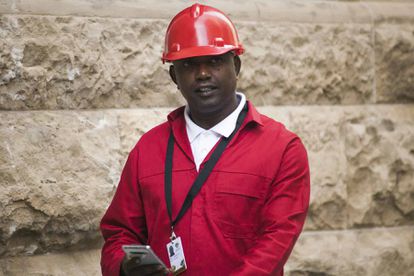 Former Economic Freedom Fighters (EFF) secretary-general Godrich Gardee, has resigned from his role as a member of Parliament.

EFF spokesperson Vuyani Pambo confirmed his resignation, stating that he took the decision on the day of the EFF march to Sandton on 28 February.

The senior EFF member recently qualified as a lawyer – and last week the party’s president, Julius Malema, tweeted that Gardee had started working as a candidate attorney.

When asked if that was the reason for his resignation, Pambo said yes.

When it came to the EFF’s second elective conference late last year, Gardee was not re-elected as a leader. However, he was given the task of helping to establish the party’s footprint outside of the country, hence his role as head of international relations.

Was this enough though?

The party’s two top leaders, Julius Malema and Floyd Shivambu were re-elected to their positions unopposed, however, contestation was expected for the other leadership positions.

Namely, that of Advocate Dali Mpofu (national chairperson) and Gardee.

Gardee has in recent times been openly criticised by Malema which is not a good thing, as his preference and backing holds sway in elections for leadership positions.

Gardee was expected to be challenged for the position of secretary-general by EFF MP Marshall Dlamini and boy, was he.

Just before the EFF’s second elective conference in December 2019, Malema was hot on Gardee’s heels for failing to sell their trademark red berets internationally.

According to the Political Bureau, Malema, at the Nasrec Expo Centre in Johannesburg said he was expecting Gardee to explain why the party performed dismally in other countries.

“A lot of interest has been shown in the continent and internationally towards the EFF but the EFF does not grab that opportunity with both hands and I don’t understand (why). Maybe the SG (Gardee) when he gives that report will explain why we failed to appreciate the fact that the continent and the international community is receiving the EFF very well,” he said.

“We have taken a conscious decision to try and engage with the international community because some of us are ashamed that the SG’s report is going to be very empty when it comes to international relations,” Malema said.