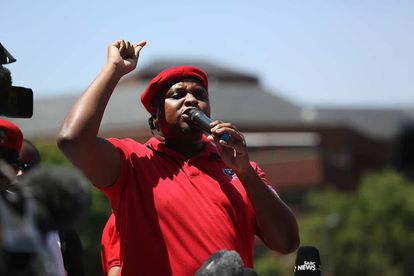 EFF Deputy Leader Floyd Shivambu faces the ‘very real prospect’ of being arrested for his role in the VBS Bank collapse. That’s according to Dewald van Rensburg, an investigative journalist at amaBhungane Centre, who has had a new book published on the rampant corruption that brought down the institution back in 2018.

The VBS saga and EFF connections

Van Rensburg argues that there are too many ‘illicit financial flows’ between the EFF and those suspected of looting VBS Bank for all of its worth. A number of reports implicate Floyd Shivambu, due to his relationship with his brother Brian; the businessman is accused of orchestrating fraudulent operations through VBS, thought to be worth upwards of R10 million.

The ongoing saga has pitted the EFF against the likes of the Daily Maverick, amaBhungane, and Scorpio. Investigative reporters have been told to ‘go to hell’ by party leader Julius Malema, and the discourse between the Red Berets and members of the media has gradually soured over the past couple of years.

Why Floyd Shivambu could soon be arrested

Malema, the Shivambus, and other EFF members are accused of profiting from ‘slush funds’ linked to the VBS roleplayers. As van Rensburg explains, the balance of probability suggests that Floyd Shivambu will follow Phillip Truter into the dock.

“Floyd Shivambu faces a very real prospect of being arrested. This presents a tinderbox, one could only imagine how the EFF would react. But, considering investigations from the Zondo Commission and VBS reports, there is very compelling evidence that, at the very least, money ended up at the EFF and at Floyd Shivambu that was not legitimately earned.”

“Money has been channelled to them from random companies. His brother Brian is obviously at the centre of all this, too. He regularly sent money to the party. It seems unlikely [he wouldn’t be involved].”