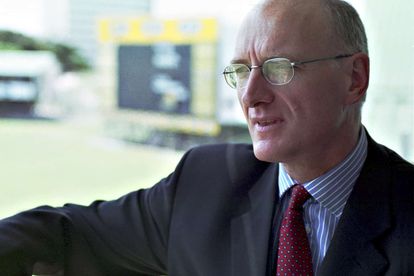 After 25 years at the helm of justice, Edwin Cameron has retired as a Constitutional Court judge.

In what turned into an emotion sitting, Justice Cameron delivered his final judgment on a matter related to claims from land tenant farmers levelled against the Department of Rural Development.

In his ruling, Cameron indicated that it was fair for labour tenant farmers, fighting for their claims, to request that the process be overseen by a ‘special master’ that is appointed by the courts.

While the department has ruled this judgment as judicial overreach, Cameron insisted that it is vital that an independent and impartial player is introduced in the matter, to ensure that land reform programs function as they should.

With the formalities of his job title out of the way, the process was concluded with a note of appreciation from the apex court to a man who has, for the most part of his life, fought for humanity’s equal rights.

Who is Edwin Cameron?

At the age of 66, Cameron has been hailed — even by former president Nelson Mandela — as “one of South Africa’s heroes”. Coming from what society would term a ‘broken’ home, Cameron grew up in an orphanage, in Queenstown, Eastern Cape.

After graduating from Pretoria Boys’ High School, the retired judge pursued his Latin and Classics studies at Stellenbosch University. He would later move to the University of Oxford, in the United Kingdom, where he won the Vinerian Scholarship for recording the best performance in the examination for the degree of Bachelor of Civil Law.

Challenging apartheid and his activism

At a time when aligning with anti-apartheid groups was seen as a direct threat to the government, Cameron’s affinity towards equality showed itself in the late 1980s — he was a lecturer at Wits University at the time — when he famously wrote a scathing critique of the late Chief Justice L. C. Steyn.

Cameron has been openly gay for many years. He will forever be remembered for his contribution in securing the inclusion of an express prohibition on discrimination on the basis of sexual orientation.

The retired judge has never shied away from his HIV-positive status which he contracted in the 1980s. Three decades later, and he is still as healthy as any man his age can be.

What’s next for Cameron?

Well, for one, a long vacation would top any list of a person who’s entire life has been dedicated to ruling on the injustices of this world.

While Cameron has afforded himself all the time in the world to conquer his bucket list, Justice Mogoeng Mogoeng, in his words of farewell, encouraged South Africans to honour a man whose amazing activist work has impacted many lives.

“Justice Edwin Cameron deserves to be honoured at a national level, to be recognised by this country for the critical role, the catalytic role, that he played in making antiretrovirals available to the multitudes, [and] in liberating many,” he said