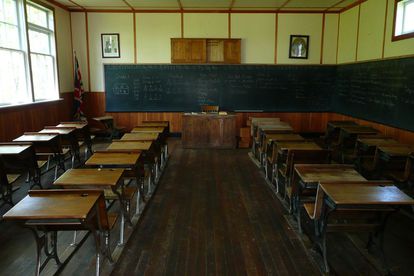 The KZN Education Department has requested assistance with ways to explore coping with the influx of ancestral callings in schools. Photo: Stock Image / Pixabay

The KZN Education Department has requested assistance with ways to explore coping with the influx of ancestral callings in schools. Photo: Stock Image / Pixabay

The Education Department in KwaZulu-Natal has made calls for submissions to assist with ways to cope with the ancestral calling on teaching and learning in schools.

The Department has listed guiding themes for the ancestral callings submissions

The Department stated that guiding themes for submissions are the coexistence of faith and culture, the impact of initiation on teaching and learning, the teacher’s perception of how ancestral callings impact teaching and learning, the development of originators of thoughts and actions related to ancestral calling, colonial heritage and appropriation of western thinking.

The deadline for submissions to the Education Department in KZN is 10 August.

The call for submissions follows reports of a number of schools that had to close for a few days the last term after students showed signs linked to ancestral callings.

Why did the Education Dept call for submissions on this matter?

According to TimesLIVE, the Education Department spokesperson in KZN Muzi Mahlambi said that the department had faced a number of ‘incidents of this nature’.

“We are always found wanting in dealing or responding appropriately, hence we are inviting people who are experts in this field to start a discourse,”

Take a look at the Department’s post regarding the ancestral callings below:

In related news, it was previously reported that more than ten schools around South Africa have had recent disruptions with incidents where students were seen vomiting, screaming, and passing out. According to the students involved, they received a calling from their ancestors.

Videos of these incidents have been shared all over social media. The public, however, had their doubts and jumped at the chance to speculate whether these videos had anything to do with the recent viral TikTok #SchoolsChallenge.

This comes as police in KZN had to disperse a rowdy and unruly crowd of students in Phoenix last month who embarked on the viral TikTok #SchoolsChallenge. Spokesperson Elijah Mhlanga said there were about ten schools around the country where these incidents have been reported. Read the full story here.