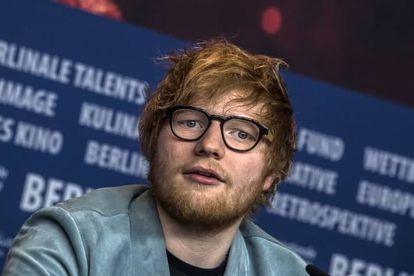 British singer-songwriter Ed Sheeran addresses a press conference for the film “Songwriter” presented in the “Berlinale special” category during the 68th edition of the Berlinale film festival in Berlin on February 23, 2018.
John MACDOUGALL / AFP

British singer-songwriter Ed Sheeran addresses a press conference for the film “Songwriter” presented in the “Berlinale special” category during the 68th edition of the Berlinale film festival in Berlin on February 23, 2018.
John MACDOUGALL / AFP

One of the biggest music stars on the planet, Ed Sheeran, has had to add an unprecedented second date to the Cape Town leg of his South Africa tour.

It’s the first time that a major international artist has had to add a second date in the Mother City, due to overwhelming demand for tickets. Fans snapped up the entire allocation for the initial gig when they went on sale in June, and the thousands who missed out will get a second bite of the cherry.

Like we always do here at TheSouthAfrican, we’ve got all the details you need to know if you’re considering buying tickets.

Presented by AEG and Big Concerts, promoters first announced on 25 June that the Shape of You singer was doing a three-date tour of SA. On Monday 12 November, another show was added in Cape Town, and you can see those details below…

When will Ed Sheeran be performing in South Africa?

Sheeran will be performing three stadium shows in South Africa. The first two will be at FNB Stadium in Joburg on 23 and 24 March 2019. The third will be at Cape Town Stadium on 27 March 2019. The fourth, newly-added date for the Mother City – at the same venue – is Thursday 28 March.

Ed Sheeran South Africa tickets: When do they go on sale?

With all other shows selling out almost immediately, Capetonians are going to have to act quickly on this one. At 9:00 on Thursday 15 November, you’ll be able to buy your tickets from Computicket.

How to buy Ed Sheeran tickets?

This is where it gets particularly important. Big Concerts has already stressed that tickets will ONLY be available on Computicket and will not be transferable.

How much do Ed Sheeran tickets cost?

The costs have been released, and music lovers can expect to pay anything between R395 to R1360. But be warned, a R395 ticket for these type of events normally gets you a seat high up at the back of the stadium.

The guitar playing musician has previously made it a pet project of his to stop ticket reselling companies taking advantage of fans. These resellers buy multiple tickets on launch day and then sell them closer to the date for as much as ten times the price.

Why Ed Sheeran on tour in SA is such a big deal?

Continuing his rise as one of the world’s most successful and talented musical talents. Selling-out stadiums across the globe, Sheeran recently finished his native UK run including four sold-out nights at London’s Wembley Stadium.

The tattooed genius sold over 1.1 million tickets in the UK alone, marking one of the biggest tours the UK has ever seen.