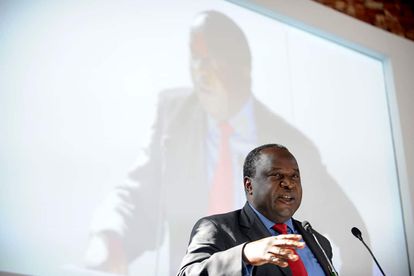 The general reaction from economic experts in South Africa to Finance Minister Tito Mboweni’s proposal to boost growth has been positive but there are several concerns politics might get in the way of implementation.

The muted release of the report caused some surprise given the importance of its contents but the general consensus among economists seems to be that it is a step in the right direction.

“The government should urgently implement a series of reforms that can boost South Africa’s growth in the short term, while also creating the conditions for higher long-term sustainable growth.”

The plan details suggestions for changes to existing policy and proposes new policies with the express aim of stimulating growth and creating jobs.

It has been praised for proposing practical solutions with achievable targets that, if fully successful, could add 2.3% on to growth forecasts and an additional 1 million jobs over the next 10 years.

On of the proposals by Mboweni would allow the experimentation of new economic policies within special economic zones to determine how the markets might react before rolling any new plans out to the wider economy of South Africa.

“Key therefore is the continual examination of the proposed reforms to ascertain whether they are likely to promote private sector economic activity,” said financial services research house Intellidex in praise of the idea.

According to Intellidex analyst Peter Attard Montalto, the report was only expected to be published closer to the medium-term budget speech in October. He believes its early release is the result of political intervention.

“It is quite clear this paper is meant to be divisive – and this is where the politics is really key, and ultimately we believe the purpose of publishing now,” he said.

Chief Economist at Old Mutual Investment Group Johann Els praised the practicality of the ideas in the plan.

“The ideas contained in the report are mostly pragmatic, given it is not too ambitious and at the same time not overly contentious. However, the results will depend on the successful implementation by National Treasury,” he said.

He is also hopeful that, as many of the ideas contained in the report are not new, a lot of the discussion behind the scenes needed for implementation has already taken place.

It is the time for action

North West University economist Raymond Parsons did not see anything inherently wrong in the plan but believes South Africa should be further down the line towards implementation already.

“SA must now steadily move from drafting plans to tangible implementation in ways that strongly boost investor confidence and also make a visible difference to the lives of average citizens,” he said, according to IOL.

“The plan’s framework confirms that there can be no ‘quick fix’ for SA’s socio-economic challenges, but it nonetheless correctly urges that the fundamentals for a higher growth trajectory must be laid now to reap tangible benefits later.”

Democratic Alliance Shadow Minister of Finance Geordin Hill-Lewis is also a supporter of the document and pledged the official opposition’s support to Mboweni in the face of any dissenting voices in Parliament.

“The proposed reforms are pro-growth and pro-jobs, and should be implemented as soon as possible,” he said.

“Now is the time to stare down the radical forces destroying the country’s prosperity, and he will have our support in doing so.”