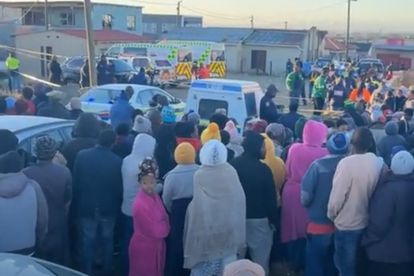 The Eastern Cape Liquor Board has urged learners to refrain from pens down parties as examinations are coming to an end this week.

Instead, young people have been encouraged to look for other means of celebrating the final examinations without indulging in alcohol.

FEAR OVER PENS DOWN PARTIES

Usually, pens down parties are largely characterised by excessive consumption of alcohol.

The Eastern Cape Liquor Board said as many grades are completing their examinations this week, there is a growing fear across the province that many learners may be organising the pens down parties.

The Board’s CEO, Dr Makala said learners should avoid such parties to avoid eventualities similar to the Enyobeni Tavern incident where 21 children died.

“Our liquor inspectors working with SAPS have been deployed throughout the province to closely monitor liquor outlets that might be used for the parties,” Makala said.

Parents and members of the community have also been urged to be on the lookout for the movements and whereabouts of their children during this time and where they suspect there might be a pens down party they must report to the nearest police station or the Eastern Cape Liquor Board by calling Toll-Free Line 080 000 0420 or sending a WhatsApp message to 076 403 6223.