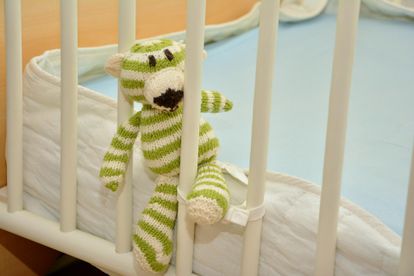 A one-month-old baby was found abandoned in the Eastern Cape. Photo: Pixabay.

A one-month-old baby was found abandoned in the Eastern Cape. Photo: Pixabay.

A baby boy was found abandoned in a box in New Brighton, Eastern Cape on Sunday, 26 June. He is believed to be approximately one month old. The provincial police are appealing to the public to help track down the infant’s parents.

A man looking for scrap metal came across the one-month-old baby near a tree in Gqalo Street around midday.

The man turned to other community members for help before calling the South African Police Service (SAPS).

Colonel Priscilla Naidu said the baby was fully clothed and alive. He was taken to Dora Nginza hospital.

The Eastern Cape police are investigating a case of child abandonment.

“Police are appealing to anyone who can assist in tracing the parents of the baby or may know of any woman who may have given birth recently to contact Detective Warrant Officer Riaan Krause on 071-352-4674 or Crime Stop on 08600-10111 or their nearest police station,” said Naidu.

All information provided by the public is confidential and callers have the option of remaining anonymous.