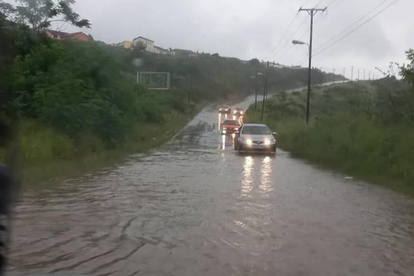 Eastern Cape officials are concerned over the extreme flooding in the region. Image: Supplied

Eastern Cape officials are concerned over the extreme flooding in the region. Image: Supplied

The Eastern Cape government is aiming to declare a provincial state of disaster amid continued flooding in the region. To date over 17 people have lost their lives including a responder.

The decision was prompted by incidents of flooding and other natural disasters, including a tornado, which have affected the vast majority of the province for the last month.

Premier Oscar Mabuyane says that the declaration of a state of disaster was being submitted to the National Disaster Management Centre for classification, verification and further assessment. This, ultimately, will provide the provincial government resources to provide desperately needed support to the communities affected.

Eastern Cape thanks those who have aided in the meantime

The Premier has expressed his gratitude to volunteers, members of the public and NGOs who have assisted in the meantime.

“The role played by NGOs, businesses and individuals in providing humanitarian relief to communities has not gone unnoticed,”

To date, the estimated damage to education facilities stands at R166 million while a further R30 million is needed to repair electrical infrastructure. The continued rains in the province have spanned more than 220 kilometers.

“20 people have lost their lives it’s eight in BCM (Buffalo City Municipality), eight in OR Tambo, three in ADM (Amathole District Municipality) and one Alfred Duma Local Municipality that’s a huge number hence as the department, the MEC Xolile Nqatha sends heartfelt condolences to all the families.”

Ngam recently visited an affected area near Mdantsane and says that the threat of more bad weather poses a serious risk to residents in the community.

“The effect on road infrastructure is huge if it can rain now where I was driving those roads would be washed away I’m telling you about tarred roads they have begun to cave in.